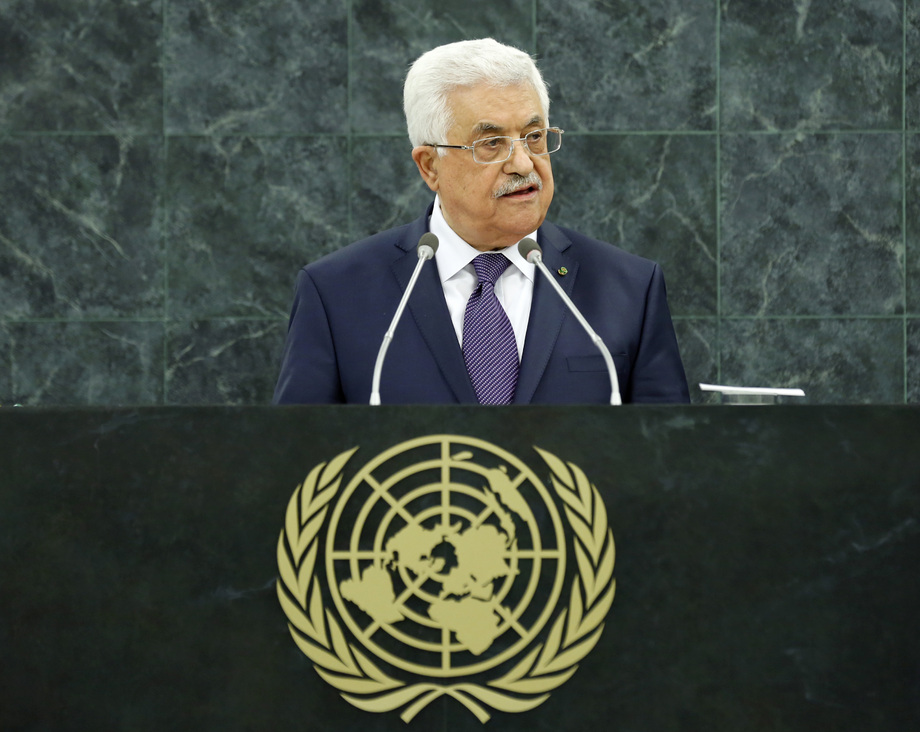 MAHMOUD ABBAS, President of the State of Palestine, said he was honoured to address the Assembly in its name for the first time, after the Assembly had upgraded Palestine’s status to that of non-member o bserver State. The quest for higher status was not aimed at delegitimizing Israel, affecting the peace process, or substituting for serious negotiations. On the contrary, it had “revived a comatose process”, he said, assuring the Assembly that the State of Palestine would uphold its responsibilities in the international system in a positive and constructive manner that would reinforce peace.

He said that he had begun the latest round of negotiations in good faith and with an open mind, strongly determined to reach a peace accord within nine months. The negotiations had not started from point zero, “nor are we lost in a labyrinth without a map, nor do we lack a compass”. Rather, the foundations of peace were long-standing and within reach. That overarching goal was embodied in redressing the “historic, unprecedented injustice” that had befallen the Palestinian people in 1948. Palestine refused to entertain transitional or interim agreements that could become “eternalized”, and aimed instead for a permanent and comprehensive peace treaty, he said. The international consensus on the terms and parameters of the negotiations were to be found in the decision to upgrade Palestine’s status, and in countless resolutions of the General Assembly, the Security Council and other international organizations.

Noting that 20 years had passed since the Oslo Accords, he recalled the Palestine National Council’s “extremely difficult decision” to accept the proposed two-State solution based on the 1967 borders. Simultaneously, the Palestine Liberation Organization (PLO) had committed to peace, repudiating violence and rejecting terrorism. Despite that dynamism and the hopes and expectations that the agreement had generated, the picture today appeared “dispiriting and bleak”, with its goals out of reach, its provisions unimplemented and its deadlines disregarded. Settlement building continued, compromising the two-State solution, he said, emphasizing the need for international vigilance against such actions throughout the resumed negotiations. In that regard, he welcomed the European Union’s position on products originating from the settlements.

Wars, occupation, settlements and walls may provide temporary quiet and momentary domination, but they could not ensure real security, he warned, pointing out that such policies did not create rights or provide legitimacy. What was required was heeding the lessons of history, abandoning force, recognizing the rights of others and dealing on an equal footing to make peace. Palestine was confident that the Israeli people wanted peace and supported a two-State solution, which was why it continued to reach out, trying to build bridges instead of walls, and to sow the seeds of good neighbourliness. Palestinian refugees were paying a particularly high price for conflict and instability, and thousands had abandoned their camps and fled in another exodus.

Meanwhile, Israeli settlement construction continued and Palestinians were forbidden from cultivating or irrigating their own land, he continued. The wall and checkpoints continued to tear their lives apart and to destroy the economy. Settlers had committed 708 terrorist attacks against mosques and churches. Still, Palestinians worked to build institutions and internal unity, working for reconciliation through a return to the ballot box, while opposing occupation and oppression by peaceful means. Assuring the Assembly that he was working for a just peace, he warned that the current round of negotiations seemed like the last chance, and urged the international community to seize it. “The hour of freedom for the Palestinian people has rung,” he declared. “The hour of peace has rung.”