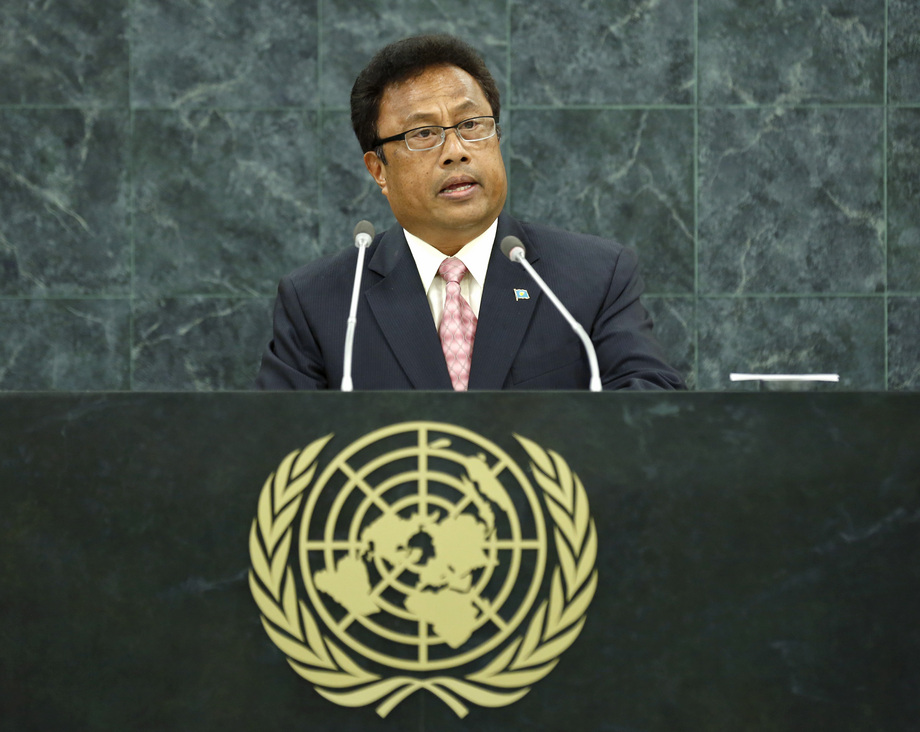 TOMMY ESANG REMENGESAU JR, President of Palau, said his country’s flag bore the image of a yellow moon against a blue ocean — a metaphor for nature’s balance and harmony through the consistency of the rising and falling tides. However, floods and “tropical storm after tropical storm” were now passing through the Pacific islands; the full moon and the ocean were no longer a metaphor for balance and harmony, but instead represented imbalance, the world’s past excesses and a lack of harmony. In responding to the ever-growing challenges of global warming, it was imperative that the international community do a better job of working together to solve the serious issues at hand, he stressed. He went on to say that the vision established at the 1992 Earth Summit had been sidetracked, and many countries were frustrated by the failure to move it forward, as well as by slow progress and the fear that its goals were being diluted. Today, it appeared that the United Nations Framework Convention on Climate Change had stalled, the Kyoto Protocol was on life support and the Rio+20 Conference had not done enough to strengthen the three pillars of sustainable development. World leaders must re-invigorate efforts to establish real mitigation commitments and identify immediate, sufficient and long-term implementation financing, he said. The green economy approach must not become “business as usual”, he continued. Rather, the international community must take concrete action on the Monterrey Consensus and the Doha Declaration on Financing for Development. Only then would the sustainable development goals have a real chance to address worldwide environmental and development emergencies. There was a need for leadership, he said, emphasizing that all nations, large and small, must accept direct and primary responsibility for global issues threatening the planet’s future. Richer nations must actively address actions threatening their poorer counterparts, and human resources must be protected through governing strategies focused on education, health and employment equality. The international community’s “global warming doomsday” was already set in stone if it failed to act, he warned. A temperature increase of 3° to 5° C would spell the demise of Palau and other Pacific islands. The Pacific Island Forum’s recent “Majuro Declaration for Climate Leadership” acknowledged the gross insufficiency of current efforts to reduce greenhouse gas emissions, the primary responsibility for which rested with developed countries, he said. The international community must deal with global warming-related security issues by appointing a special representative on climate and security and establish a joint task force, led by the Secretary-General, to assess and expand the capacity of the United Nations to respond to the security implications of climate change. Palau had taken measures to address climate change issues, and asked other nations to move in a similar direction by recognizing their unique circumstances in order to protect the planet’s natural resources. One small example would be to prohibit shark fin soup in order to protect shark populations, as the world could clearly do without it. As the United Nations prepared to launch the sustainable development goals, the present “historic” moment would see the relationship between people and the planet defined for the coming generations, he said. The international community must commit itself to a more sustainable use of the oceans covering two thirds of the earth’s surface, which fed a billion people with their fish, but which were not mentioned in the Millennium Development Goals.