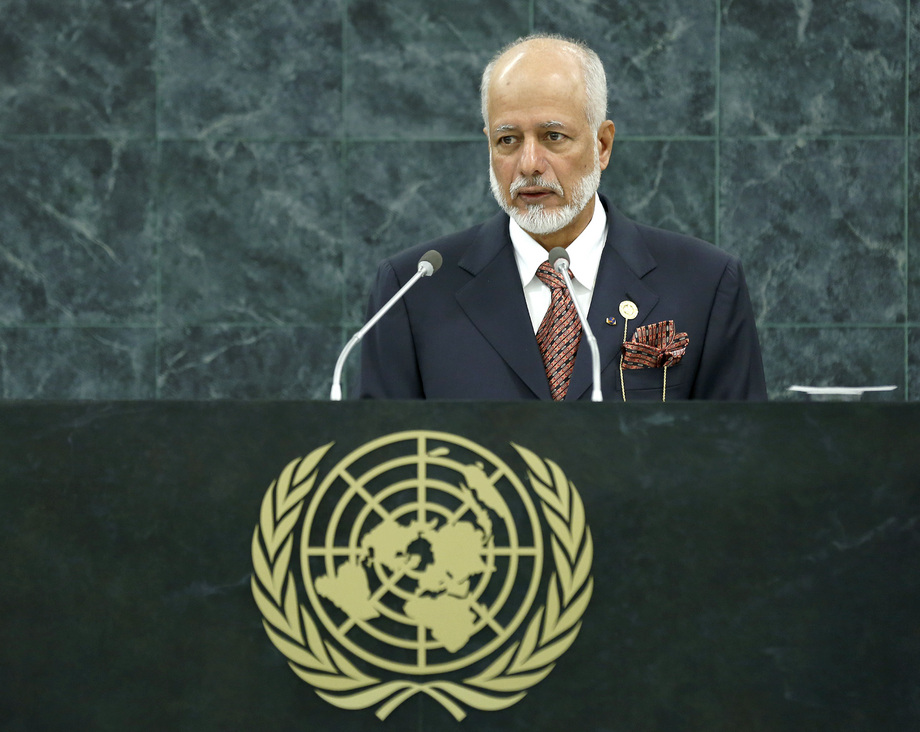 YOUSEF BIN AL-ALAWI BIN ABDULLA, Minister Responsible for Foreign Affairs of Oman, said development should take place alongside the assurance of security and stability, through cooperation. Recent events witnessed by countries in the Middle East had been due to “true motives”, given people’s economic and social difficulties and the declining ability of institutions to fully respond to their needs. Relief efforts had been geared towards “rearranging” the economy of countries that deserved support. Welcoming Security Council resolution 2118 (2013), he urged convening the Geneva II conference for negotiations between the Syrian Government and opposition forces, and supporting those displaced. Calling for the implementation of political and economic reforms in Somalia, he, more broadly, supported United States efforts vis-à-vis the Palestinian question, which was the cornerstone to any peace process in the Middle East. Those efforts offered an opportunity for the region to establish peace, which in turn, would lead to economic and social development. He supported initiatives to make the Middle East a zone free of nuclear weapons, emphasizing also States rights to benefit from nuclear energy for peaceful purposes. Ending the dispute over that matter would not be achieved through sanctions, but rather creative diplomacy. Expressing hope that the international community would persuade certain States in the Middle East to join the Nuclear Non-Proliferation Treaty (NPT), he regretted that the international conference on the Middle East had not yet been convened, as had been agreed at the 2010 NPT Review Conference. Oman recently had achieved Millennium Development Goals 4 on child mortality and 5 on maternal health. Oman planned to integrate environmental issues into its development goals. Finally, he said Oman was preparing an outline for a national strategy on research, development, science and knowledge, particularly focused on young people.