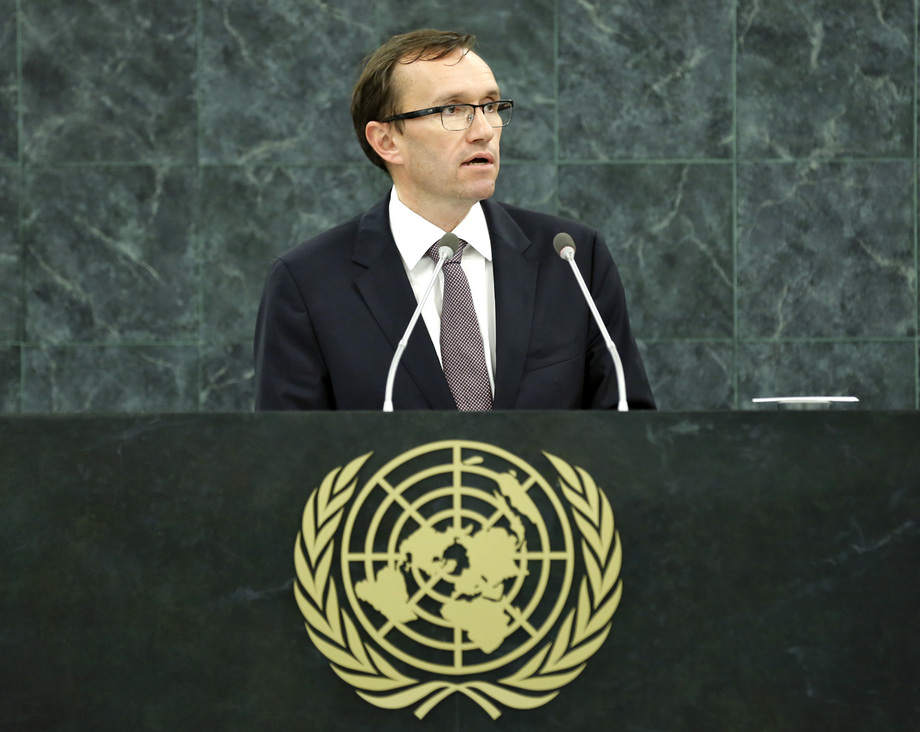 ESPEN BARTH EIDE, Minister for Foreign Affairs of Norway, expressed condolences for the tragic loss of life in Nairobi, saying terrorists must never be allowed to set the agenda. Efforts to work with the African Union to promote peace and stability in Somalia must be redoubled, he said, recalling that in recent years, his country had worked with Colombia to lay the foundation for lasting peace between its Government and the Revolutionary Armed Forces of Colombia (FARC) movement. In doing so, Norway had learned that peace required the cooperation of neighbouring countries. He also commended the Association of Southeast Asian Nations (ASEAN) for its constructive role in supporting democratic reform in Myanmar. He said Norway and other Arctic States had deepened their cooperation to implement the Convention on the Law of the Sea, adding that his country had observed global warming close to home. As the polar ice cap melted, it was reminded of the world’s shared responsibility to tackle climate change. In the last few years, Norway had striven to develop forward-looking strategies for the safe management of the Arctic Ocean, which had become a maritime crossroads between Asia, Europe and North America. He welcomed the return to negotiations of Israeli and Palestinian leaders, recalling that earlier today, he had chaired a meeting of the Ad Hoc Liaison Committee, the international donor group for Palestine. Donors had reaffirmed their commitment to providing vital aid to the Palestinian Authority through the current transition to statehood. That could be the last chance, he said, emphasizing that it was one that the world could not afford to miss. The use of chemical weapons was unacceptable and a grave violation of international law, and those responsible must be brought to justice, he stressed. The Syrian crisis could only be solved through a political solution, and the Security Council must live up to its responsibility in that regard. Humanitarian access for all parties to all areas must be ensured, and the bloodshed must end. Faced with scarce resources, accentuated by global economic pressures, the Secretary-General should have greater, not less, flexibility, he said, expressing regret that in 2012, the Assembly had decided to cut the 2014-2015 United Nations budget by $100 million. “Reducing the budget whilst increasing the number of tasks is a recipe for a weaker, not a stronger United Nations,” he pointed out, calling on the Assembly to “be coherent” in its policy. Rather than micromanaging, the Assembly should provide guidance, he said.