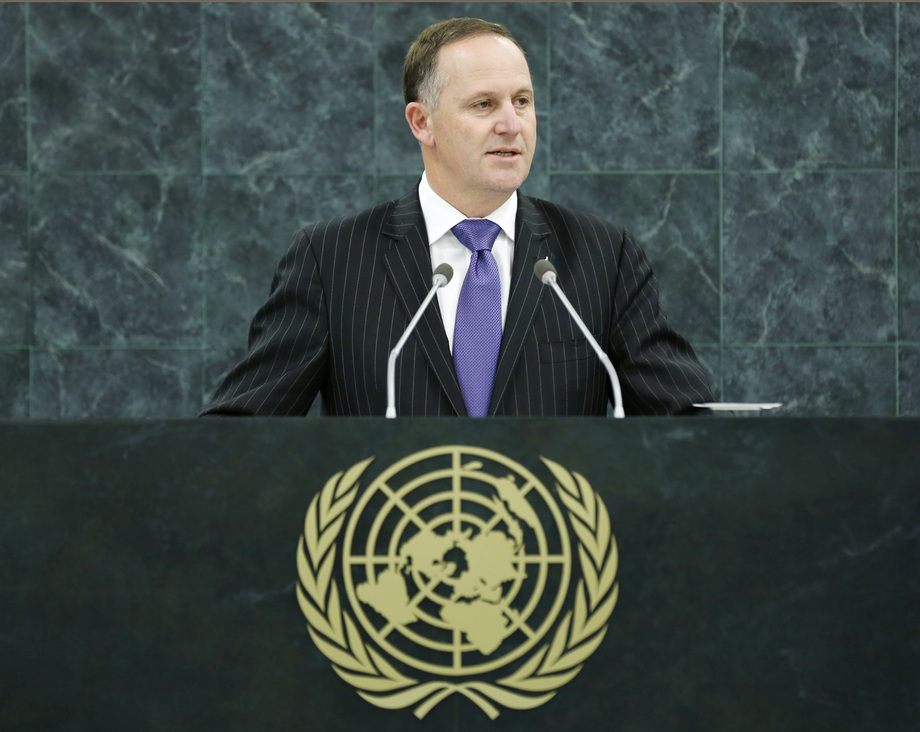 JOHN KEY, Prime Minister of New Zealand, said the lack of agreement among the Security Council’s permanent members had permitted the dreadful humanitarian crisis unfolding in Syria. The Assad regime had been shielded through the use of the veto in the Council, but given the evidence of chemical weapons use, it was imperative for the Council to act immediately in holding the regime accountable and protecting civilians. Reflecting on his country’s long relationship with the United Nations, dating back to the founding conference in San Francisco, he said New Zealand had a strong preference for a rules-based multilateral approach. It drew strength from global agreements and internationally set rules and standards. New Zealand would continue to negotiate bilateral and regional trade agreements, but could see an important role for the World Trade Organization (WTO), whose rules were applicable worldwide, regardless of a country’s size or wealth. He said climate change was a challenge for his country, although it had taken concrete actions, including the introduction of an extensive emissions trading scheme. It had also invested in the Global Research Alliance in order to manage agricultural greenhouse gases and reduce emissions by 5 per cent below 1990 levels by 2020. New Zealand had taken that initiative under the United Nations Framework Convention on Climate Change rather than the Kyoto Protocol because the latter covered only a small percentage of global emissions and the world needed to unite under a single legal framework. Welcoming recent efforts to resume the Middle East peace process, he said that, as long as the problem was left unresolved, there could be no assured peace in the region. New Zealand would also watch with interest and hope for the reinstatement of democracy in Fiji, he said. Earlier this year, New Zealand had withdrawn the bulk of its forces from Afghanistan, but only after it had provided support for the construction of schools and hospitals, as well as expertise to ensure significant improvements in the agricultural sector. He applauded the work of the African Union and its subregional bodies, and said he recognized the importance of the Arms Trade Treaty. New Zealand looked forward to the third International Conference on Small Island Developing States, to be held in Samoa in 2014, and would be a major supporter of that important event.