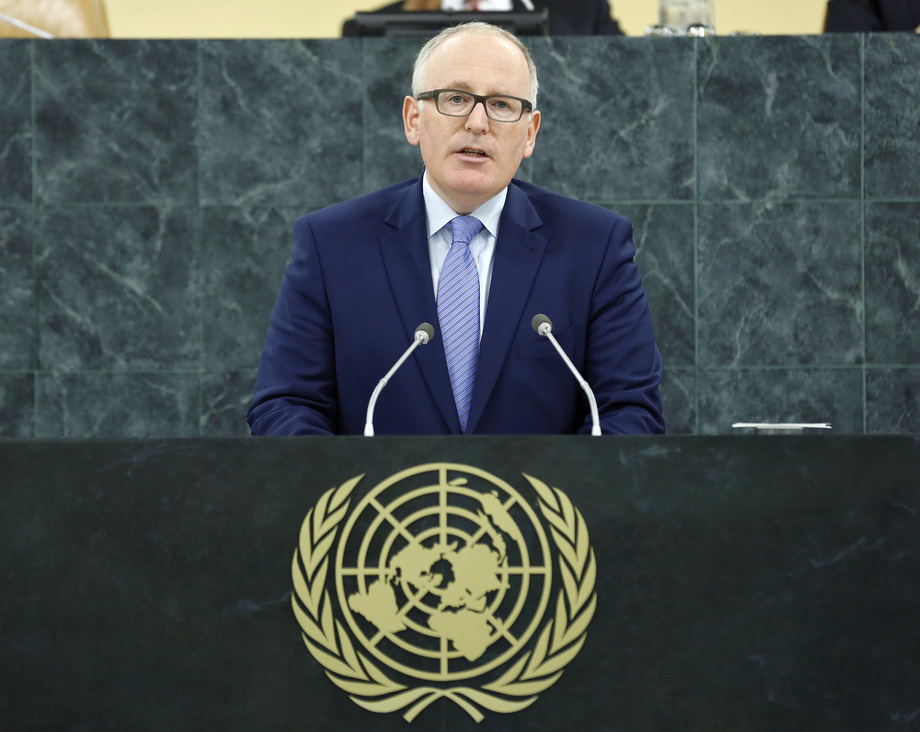 FRANCISCUS CORNELIS GERARDUS MARIA TIMMERMANS, Minister for Foreign Affairs of the Netherlands, remembered that during the imminent centennial of the Peace Palace in The Hague, seat of the International Court of Justice, violence and conflict perpetuated in Syria and in Kenya. He also sadly informed that Dr. Elif Yavuz, a pregnant Dutch doctor, had been killed in the Nairobi attack. Quoting Baruch Espinoza, who said that “peace is not the absence of war, it is a virtue, a state of mind, a disposition of benevolence, confidence and justice,” he underlined the Netherland’s call on the international community to put an end to abuses as in Syria. He also called for a coherent agenda to strengthen the international legal order, and announced Netherland’s candidacy to the Security Council in 2017-2018. On Syria, he called on the Security Council to take concrete actions to address the threat of chemical weapons, as well as for the Security Council’s permanent members to refrain from using their vetoes in votes on intervention to stop the mass atrocity crimes, but rather to search for a peaceful solution. He also affirmed his country’s support for a two-state solution to the Israeli-Palestinian conflict. On the risk of further proliferation of nuclear weapons, he strongly supported the United States suggestion to make substantial reductions in the number of United States and Russian non-strategic weapons in Europe. On justice, he said that there is need to recognize the importance of mediation as a means of preventing atrocity crimes by encouraging countries to recognize compulsory jurisdiction of the International Court of Justice, but also to strengthen the national legal systems He said that 2013 marked the sixty-fifth anniversary of the Universal Declaration of Human Rights, and on this occasion he wished for a more focused protection of human rights defenders and promotion of LGBT [lesbian, gay, bisexual, and transgender] and women’s rights. Believing that without development there can be no global peace and security, he said that the post-2015 development agenda would benefit from a single, unified framework, where the plight of the world’s poorest people could not be discussed in isolation from the environmental problems endangering the planet. “It is crucial to ensure that development is sustainable, so we can balance and integrate its economic, social and ecological dimensions,” he noted. The key words, he said, for the post-2015 development agenda, should there be one, were better aid, more trade and stronger policy coherence for sustainable development. He concluded by saying that investing in the United Nations is investing in our common future.