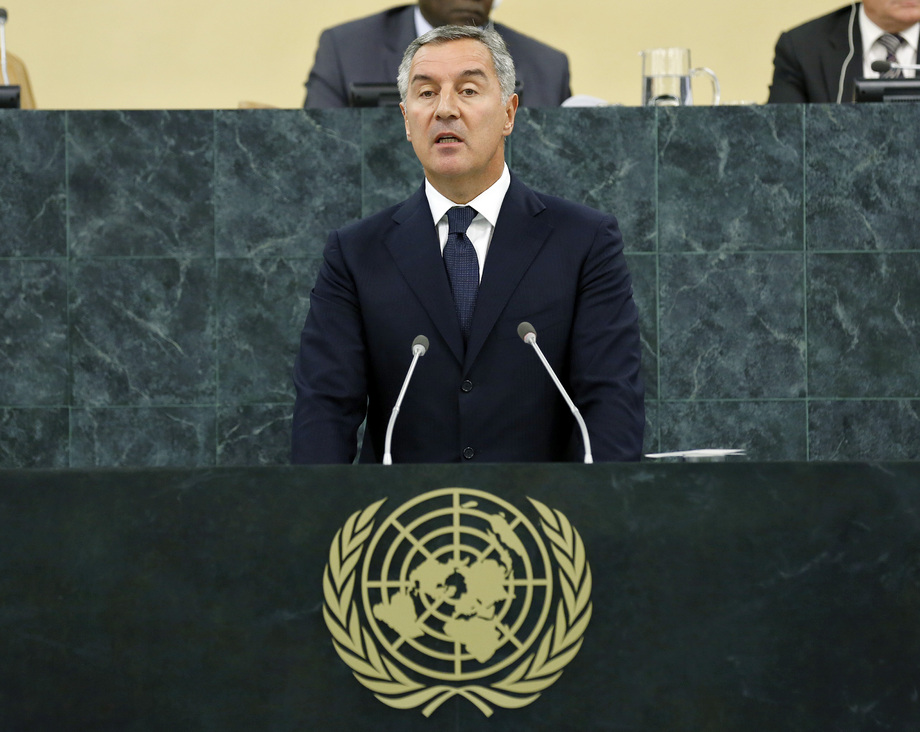 MILO ÐUKANOVIĆ, Prime Minister of Montenegro, said achieving the Millennium Development Goals would be one of the biggest challenges facing the United Nations and that poverty eradication and other unmet Millennium Development Goals should be at the heart of the post-2015 development agenda. Sustainable development goals should be clear, universal, flexible and coherent. He reported that as a member of the Open Working Group on Sustainable Development Goals, Montenegro was working on defining goals that took into consideration national characteristics, capacities and the individual country’s development priorities. The global economic and financial crisis had affected Montenegro, he said, but his country had adopted a medium-term development plan modelled on the European Union 2020 Strategy. Montenegro had based its sustainable development on three pillars: smart growth, sustainable growth, and inclusive growth. His country had also set up a Centre for Sustainable Development and remained committed to efforts to address the issue of climate change. Montenegro had full support for the Secretary-General’s initiative to convene a conference on climate change in September 2014. He expressed his deep concern for the situation in Syria and condemned any form of violence, civilian deaths and human rights violations. “We believe that a political solution and a democratic transition is the only way to stop the tragedy and conflict.” Montenegro also believed that direct negotiation was the best way to reach a comprehensive and sustainable settlement in the Middle East, he said. Montenegro would seek a non-permanent seat on the United Nations Security Council for the 2026-2027 term, he reported. He said his country recognized the importance of the rule of law and protection of civilians and was one of the first 65 countries to sign the Arms Trade Treaty. Human rights were also a top concern, particularly as Montenegro had recently chaired the Roma Inclusion Decade. United Nations reform and reorganization of the Security Council would be necessary, as well as the revitalization of the General Assembly. He stated that membership in the European Union and the North Atlantic Treaty Organization were also top priorities for his country, as would be the recently launched initiative of the Western Balkans 6+2, which would speed up European integration and improve citizens’ quality of life.