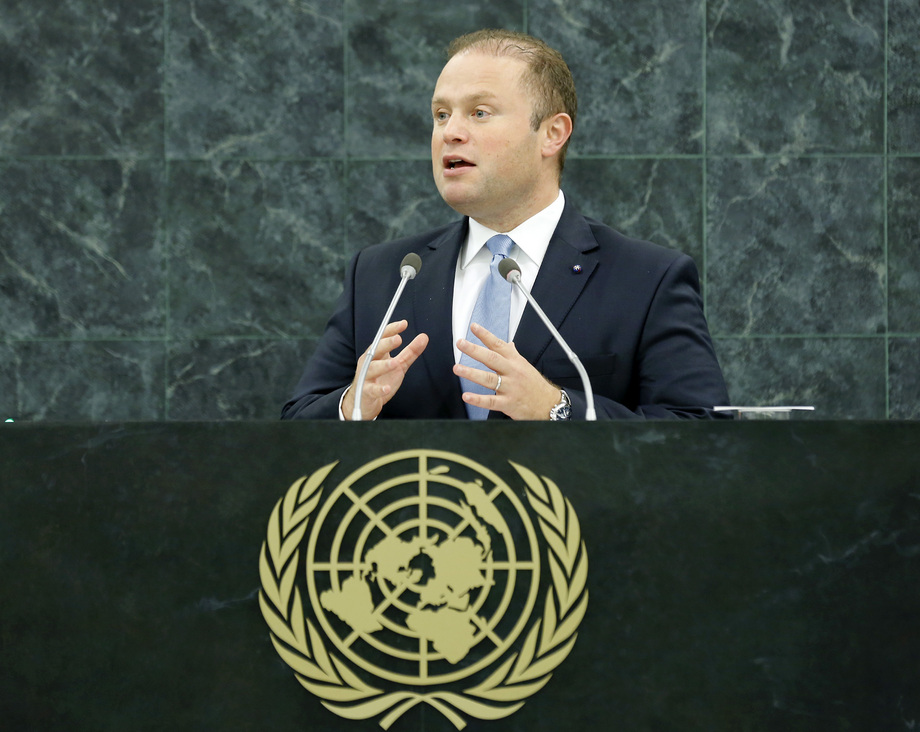 JOSEPH MUSCAT, Prime Minister of Malta, said there had been remarkable successes in efforts to achieve the Millennium Development Goals, particularly those relating to extreme poverty, clean water, urban slums, health and education. The challenge now was to push those targets even further beyond 2015 and to ensure that, they became part of the sustainable development goals and left no one behind. The post-2015 development agenda was of critical importance and should not be sacrificed in the face of national budget cuts and political life cycles, he emphasized. “The poor have no luxury to afford us time to take our decisions.”

He said he was proud of Malta’s long-standing history of solidarity with other countries around the world and its accession to the European Union, the world’s largest donor of development assistance. With 2013 marking 25 years since Malta had brought its concerns about climate change to the United Nations, he reiterated his country’s commitment to engaging with international partners in developing a post-2015 global agenda that would accord a prominent role to sustainable development.

Malta was also highly concerned about the plight of “irregular immigrants”, given the large number who routinely landed on its shores, he said. However, it could not deal with that challenge on its own, and needed the international community to do more. When taking the post-2015 agenda, it was important to understand how sustainable development was closely linked to peace, corruption, human rights and economic equality.

Turning to events in North Africa in recent years, he said the United Nations should do more to support the fragile democracies that had taken root there. The peoples of the Mediterranean deserved better, and the status quo was not acceptable. The same was true of Syria, where a human catastrophe was unfolding, he said. “The Mediterranean Sea basin remains awash with promise, but polluted with pain and prejudice,” he declared. Malta believed that “peace truly in our time” must be the overriding goal, and that the United Nations must think “inclusive” and “holistic”. He called on the United Nations to be the “force field” towards which all nations gravitated in order to solve problems.