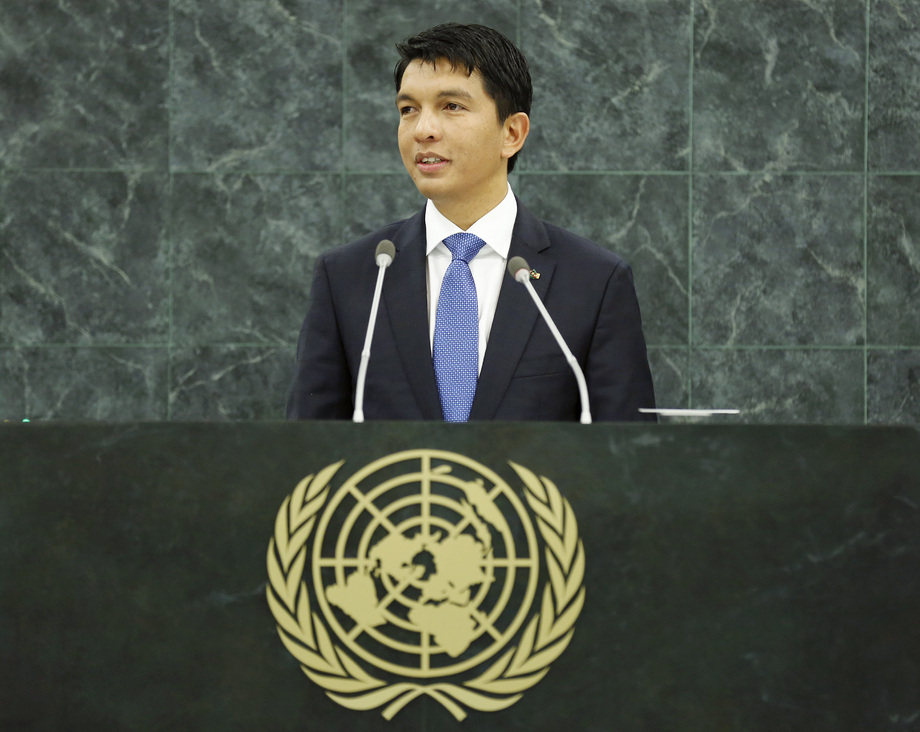 ANDRY NIRINA RAJOELINA, President of Madagascar, noting that new conflicts arose in the world each year demanding attention, urged the international community to analyse their root causes and take appropriate measures in order to preserve global stability. He said it was a matter of regret that most people’s picture of Africa remained one of States mired in permanent violence, where democracy was in retreat, where there were greater divisions than consensus, and where the natural environment was deteriorating.

He said that, amid the general unfavourable international economic climate, Madagascar found it difficult to achieve the Millennium Development Goals despite the best efforts of its leaders and people. Instead of losing hope, leaders of countries in a similar situation should concentrate more on what they could do better individually to help the collective international effort to improve the daily lives of the people.

The Arab Spring movements were an illustration of the legitimate aspirations of the people seeking better lives, he said, adding that it was important that the world understood them as such. When the people of Madagascar had risen up against their regime a few years ago, the country encountered misunderstanding from the international community. Efforts must be made to end the different ways in which countries in crisis were treated. Madagascar had the ingredients for an explosive and fratricidal conflict, but, fortunately, its people had not fallen into the trap of an internal conflict. Avoiding civil war was not easy, as it required considerable sacrifices, humility and patriotism. He thanked all the parties involved for their courage and faith, which served as a model for other countries.

Stressing that Madagascar, scheduled to hold presidential elections next month, was starting a new phase in its history, he thanked the Southern Africa Development Community (SADC), African Union, European Union, and the United Nations, as well as other regional organizations, for their steadfast support. Asserting that the exercise of power required leaders to be aware of human fallibility, he announced that he would not be contesting the election.