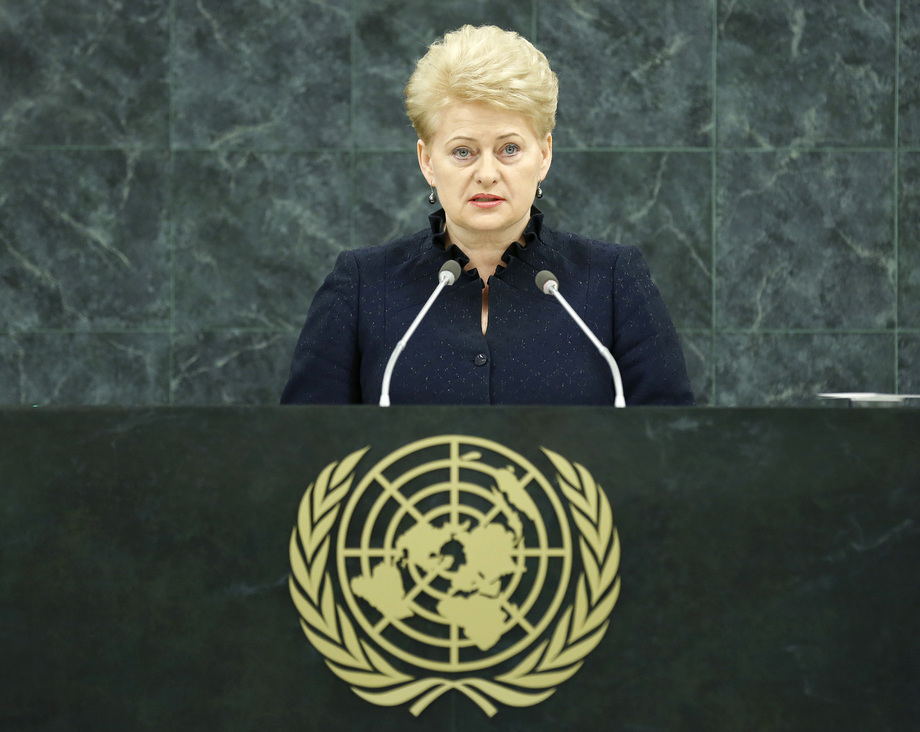 DAHLIA GRYBAUSKAITĖ, President of Lithuania, called for a review of the achievements of the Millennium Development Goals and for work to begin in setting future guidelines. She said it was a job for the international community as a whole because development was a global challenge. Sharing allowed every State to learn and to choose the best path that suited its own experiences, culture and needs. As long as that path did not infringe on the rights of others, the international community had an obligation to offer support based on the principles of ownership and empowerment. Development could not be imposed but must be promoted. Free choice, democracy and fundamental rights were key to the success of the Millennium Development Goals and the post-2015 development agenda. There were still those who wished to enforce a specific course of development on others through economic pressure, energy levers or cyber tools, by distorted information or threats. While she supported internationally approved sanctions for sending a message to those who were producing weapons and not jobs, for human rights violators, or for those who use national resources to satisfy individual rather than societal interests, the use of economic, energy or information tools to demonstrate power, or to establish zones of influence, was unjustifiable. She called for solidarity, equality and sustainable development, not power shows, zero-sum games or buffer zones. A return to those times would impede development in the modern world, but power games still existed. Addressing her own region’s experience, she said members of the European Union’s Eastern Partnership countries would visit Vilnius in November to confirm their commitment to the painful but vital economic, political and social reforms they had undertaken. Those countries had worked hard to reach a national agreement on the scope and direction reforms, learning from past mistakes and mobilizing resources to build modern twenty-first century States that were open, transparent and collaborative, not dominating. The tough choices could have been made easier if those that could have provided support did so. Instead, she said they had applied restrictions, banned goods, manipulated prices on energy supplies, used pressure and displayed “open disrespect displayed in information space”. She stated that Lithuania, the current President of the Council of the European Union, was under similar pressure. Citing “hot examples”, she said barriers to travelling had been imposed, there were unreasonable delays of cargo transportation and a “milk war”. It was difficult for nations to make important decisions or to implement reforms when under such pressures and empowerment of society and the State-building process were compromised by such pressures. The post-2015 development agenda needed to provide instruments that empowered development based on free will. She said there was no place for enforced choice, open threats or demonstrations of power. The international community, especially the United Nations, should empower such self-determination.