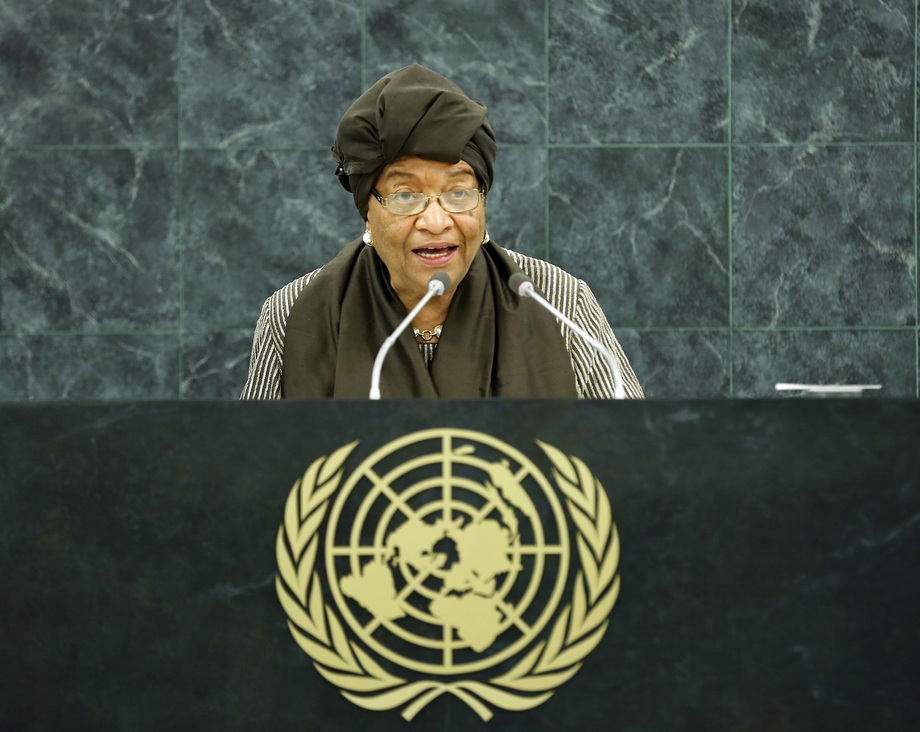 ELLEN JOHNSON-SIRLEAF, President of Liberia, referred to the agony of Syria’s people, particularly the innocent women and children suffering the most. Liberia unequivocally condemned the use of chemical weapons in Syria and anywhere else in the world, and urged renewed international efforts to stem the rising scourge of terrorism. Welcoming the “communication revolution” that had provided a broad cyber-platform for the exchange of information, she warned that it must not provide a vehicle for the promotion of terrorism and the spread of unfounded and irresponsible information. She said she was proud of the tremendous progress taking place in Africa, noting growth on the continent had averaged more than 5 per cent annually, surpassing that of other regions. In addition, African economies were diversifying, trade infrastructure expanding, and democracies becoming stronger and more mature, she said. Institutions were leading a process of integration and cooperation, and improvements were also seen in school enrolment, health indicators, trade and investment. Commending the strong collaboration among Africa’s regional economic communities, she also praised the African Union and the United Nations for their robust response to the crisis in Mali. It had averted a threat to the peace and security of the entire region. Although Liberia still faced the residual challenges of its own conflict, it had been able to contribute troops to the United Nations Multidimensional Integrated Stabilization Mission in Mali (MINUSMA), she said, adding that she was also pleased that neighbouring countries belonging to the Mano River Union were at peace and engaged in consolidating the gains of stability in order to accelerate national transformation through regional integration. Liberia itself was celebrating 10 consecutive years of peace and progress this year, she continued. The Government had initiated a host of reforms intended to improve governance, enhance accountability and create an enabling environment for the exercise of the basic freedoms of speech and the press. Liberia was on a path of “irreversible progress” that had enabled it to conduct two democratic presidential elections, and was currently laying a firm foundation for economic transformation aimed at moving the country to middle-income status by 2030. “ Liberia has come a long way, but still has much more to do,” she added. “Today, more than at any other time, we have an opportunity to transform our world” and to pursue an agenda that would eradicate poverty while ensuring a sustainable future, she emphasized. Governments in Africa were working towards a continental consensus that would convey the African Common Position on the Post-2015 Development Agenda. She was also pleased to have been asked by the African Union Summit to chair a high-level committee of 10 Heads of State that would guide and oversee that process. “The future begins today,” she said in conclusion, urging all countries to commit to a new global development trajectory that gave all humanity a world of peace, dignity and prosperity.