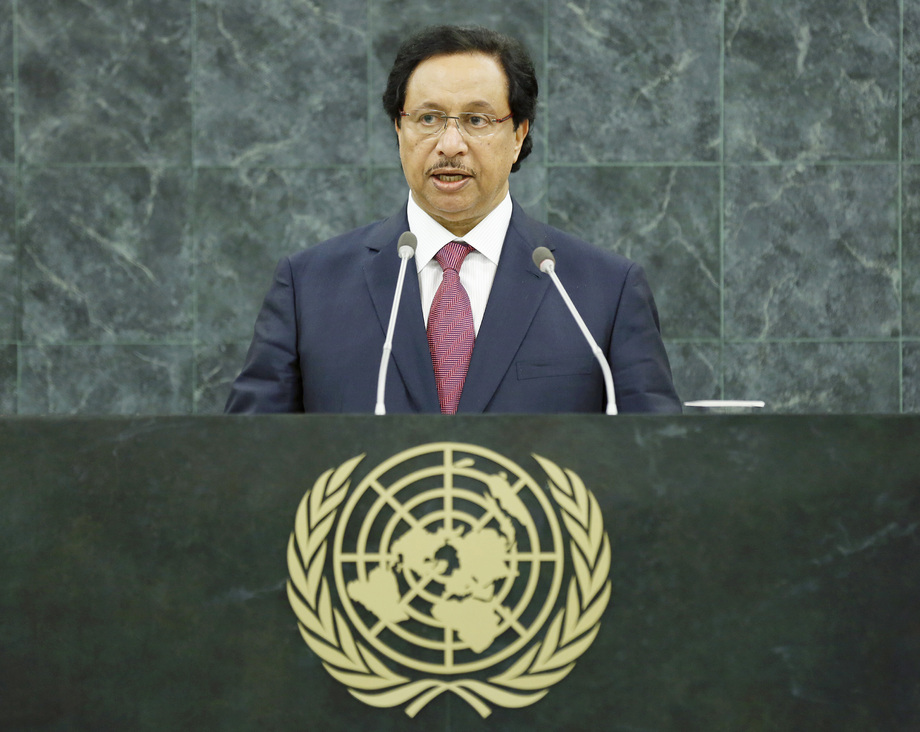 SHEIKH JABER AL MUBARAK AL HAMAD AL SABAH, Prime Minister of Kuwait, said his country’s bilateral relations with Iraq had developed positively as a result of communications at the highest level of leadership between both countries. Kuwait looked forward to cooperating with Iraq to find the remains of missing Kuwaitis and third country nationals, as well as Kuwait’s national archives. Through Security Council resolution 2107 (2013), follow-up responsibility for those efforts was now with the United Nations Assistance Mission in Iraq. He described the situation in Syria as approaching a “catastrophe” and stated that, in response, Kuwait had hosted an international donors’ conference last January to offset the humanitarian situation, which had raised $1.5 billion in donations. “This amount has been paid in full to a number of United Nations bodies and agencies, which turned it into emergency relief assistance to the Syrian people, inside and outside Syria,” he reported. Speaking on the Middle East region as a whole, he said that only the international community had the capability of resolving the long-running conflict in Palestine, and he applauded the efforts of the United States towards achieving a breakthrough in the peace process, and hoped that persistent pressure on Israel would make it accept the resolutions of international legitimacy. With regard to Iran, he said Kuwait supported the right of that and all countries in the region to use nuclear energy for peaceful purposes under the supervision and monitoring of the International Atomic Energy Agency (IAEA), but he also called on Iran to cooperate fully with the Agency and implement its resolutions. The Millennium Development Goals, he said, represented a major shift in how the world tackled such issues as poverty and sustainable development; however, security challenges, human rights violations and environmental deterioration necessitated rethinking the preparation of a comprehensive and ambitious development plan as a complement. He reported that the Kuwait Fund for Arab Economic Development, having now expanded to include Asian, African, as well as Central and Latin American countries, would remain a key means by which his country supported international assistance and development efforts. Regarding Yemen, Kuwait contributed $500 million to fund development projects during the 2012-2014 timeframe, in an effort to support the Gulf States Initiative and execution mechanism aimed at ending the crisis and re-establishing security and stability in that country.