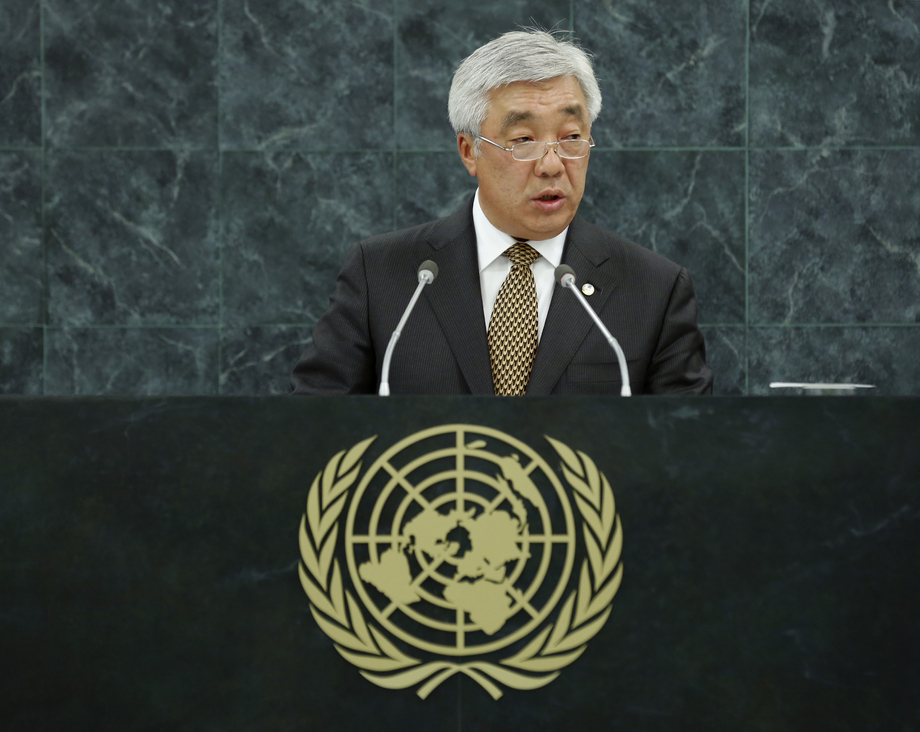 ERLAN A. IDRISSOV, Minister for Foreign Affairs of Kazakhstan, strongly condemned the use of chemical weapons in Syria and hoped that the country’s accession to place such weapons under international control would contribute to the end of the conflict. On nuclear disarmament, he reminded that by closing the Semipalatinsk nuclear test site in 1991 and renouncing the fourth largest nuclear arsenal, Kazakhstan had contributed to a nuclear-weapons-free world. The treaty on the establishment of a zone free of nuclear weapons in Central Asia in 2009 was believed to be an important contribution of the Central Asian countries to international peace and security. He then expressed concern over the nuclear programmes of Iran and the Democratic People’s Republic of Korea. Stating that Kazakhstan was strongly committed to the fundamental principles of international law and the respect of human rights, he called for appropriate budgeting and strengthening of the United Nations Human Rights Council. In this regard, he asked Member States to implement civil, political, economic, social and cultural rights at national, regional and global levels, paying particular attention to vulnerable groups. He then turned to the global financial and economic crisis, which he said led to the conclusion that the world needed a common policy of global governance, as highlighted in the General Assembly resolution on Global Economic Governance, which recognized the value of cooperation and interaction between the United Nations and regional and subregional groups. On Rio+20, he stressed Kazakhstan’s transition to a “green” economy, as well as its voluntary contributions to reducing greenhouse gas emissions and investing in low-carbon emissions. On the Millennium Development Goals, he said that they should be included in the post-2015 development agenda, in conjunction with the objectives of sustainable development. International partnerships must be strengthened for South-South and triangular cooperation, to complete the activities of official development assistance. Strengthening resilience to withstand external factors, such as climate change and financial and food crises, needed to gain priority on the new agenda, he said. Kazakhstan also announced its candidacy to the Security Council for 2017-2018. Acting as a geographical and political bridge between North and South, Europe and Asia, Kazakhstan wished for the establishment of a United Nations multi-country centre in the city of Almaty, whose cost of construction, he noted, would be covered by the country.