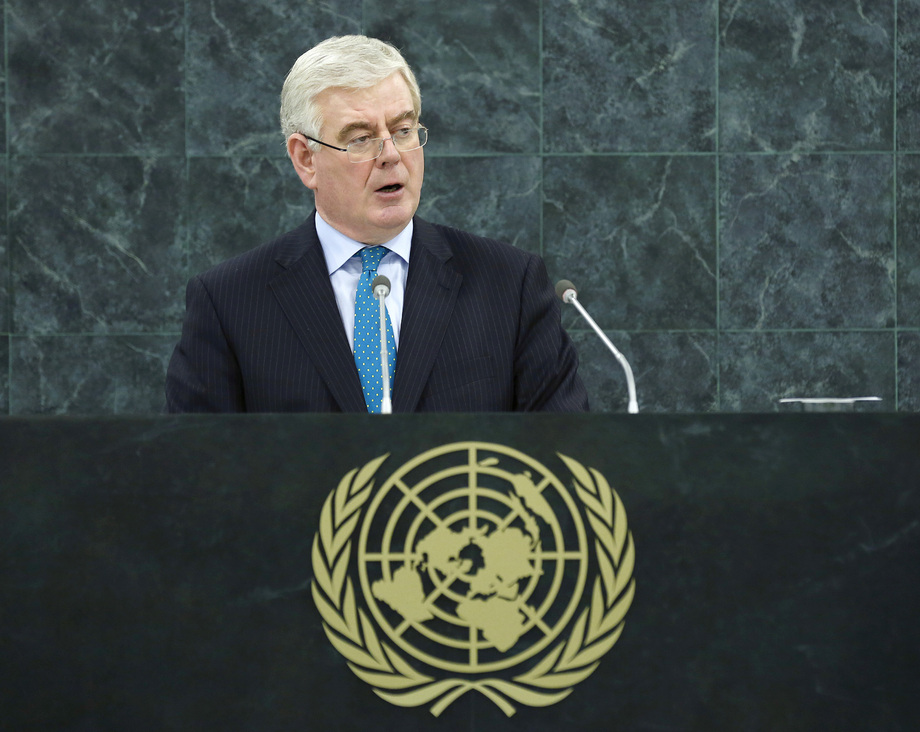 EAMON GILMORE, Deputy Prime Minister of Ireland, hailed the Security Council resolution on Syria, by which it expressed its conviction that there must be accountability for what had occurred in Syria. The International Criminal Court existed precisely for that purpose. He also pointed out the urgent need to remove impediments to the delivery of humanitarian assistance, calling on all parties in Syria to facilitate access and on the international community to provide support to neighbouring countries that were sheltering millions of Syrian refugees. Elsewhere in the Middle East, he saw prospect of progress, namely the resumption of peace talks between Israel and Palestine, and the stated determination of the new Iranian Government to address the concerns about its nuclear programmes. He noted that Ireland was participating in seven United Nations peacekeeping missions, including three in the Middle East; it was deploying Irish personnel to reinforce the United Nations Disengagement Observer Force (UNDOF) in order to ensure the mission could continue its mandate at a difficult time. Condemning the recent terrorist attack in Kenya, he emphasized the need to stay vigilant and resolute against terrorism. In addition to violent conflicts, many other factors, such as underdevelopment, malnutrition and disease, also contributed to human suffering and took an even greater toll on human life. Around the globe, 870 million people, or nearly 200 times Ireland’s entire population, were living in extreme poverty and hunger, with women and children dying from preventable causes. While acknowledging that huge progress had been made under the Millennium Development Goals, he stressed that fresh global challenges, such as climate change, were undermining the progress. He believed, therefore, that when world leaders gathered at the United Nations in 2015, they could and should be ready to adopt a new set of global goals aimed at achieving a sustainable, just and secure future for our world. Citing the Universal Declaration of Human Rights, he said the inherent dignity and the equal and inalienable rights of all human should be protected in law. However, instead of offering protection, discriminatory legal measures were increasingly adopted on the basis of their sexual orientation or gender identity. In that regard, he welcomed the United Nations Secretary-General’s promise to lead a global campaign for lesbian, gay, bisexual and transgender rights, and pledged Ireland’s full support.