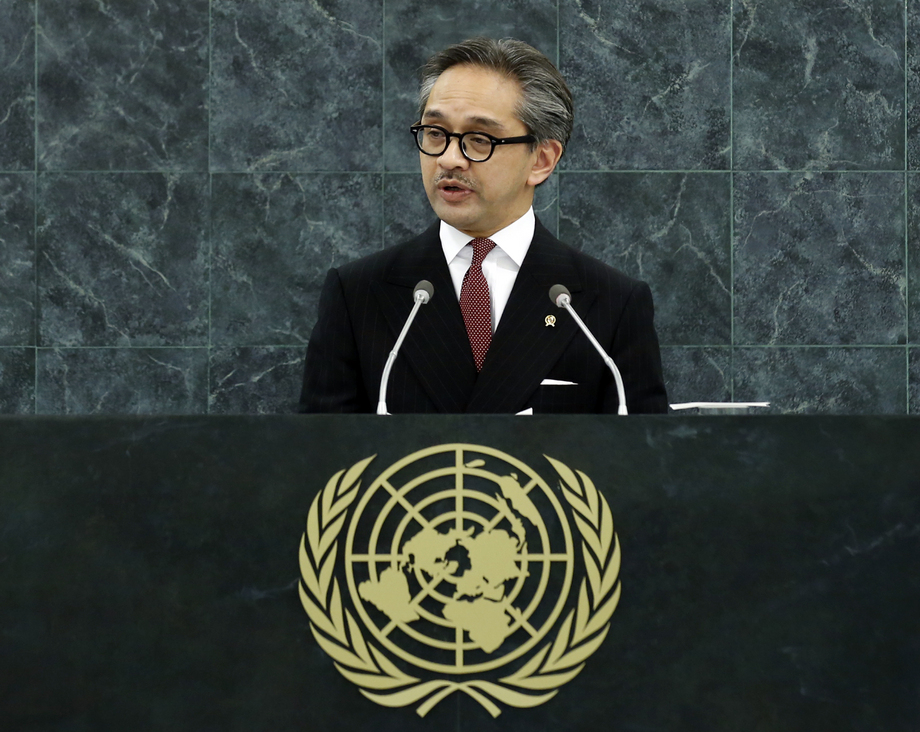 MARTY M. NATALEGAWA, Minister for Foreign Affairs of Indonesia, said his country had an enduring belief in the efficacy and effectiveness of diplomacy, in maintaining peace and security, in advancing social progress and economic prosperity, and in promoting democracy, human rights and tolerance. The conflict in Syria had long demanded a political and diplomatic solution, because despite the undoubted complexity of the situation, three key needs remained compelling. The international community must halt the violence, facilitate humanitarian relief, and begin an inclusive political process. The recent breakthrough on chemical weapons in Syria was evidence that diplomacy worked, and further diplomatic momentum was needed. The Security Council must make a forceful case for a peaceful solution, and get the parties to the negotiating table by convening the Geneva II Conference. Similarly on the issue of Palestine, the full weight of diplomatic pressure must be brought to bear and General Assembly and Security Council resolutions must be implemented, he said. He welcomed the resumption of direct negotiations, which was a result of relentless diplomatic efforts. The same diplomatic pursuit must be applied to the common interest of all: the eradication of poverty, the promotion of sustainable development and inclusive finance, and overcoming the challenge of climate change. The development agenda must work for all countries — large or small, developed or developing — and each must share responsibility. The pursuit of a diplomatic path becomes fraught with challenges in a complex and fast changing world where the issues of governance, human rights violations, extremism and intolerance within countries can quickly obtain inter-State dimensions, he said. As countries embarked on a process of democratization and promoted the protection of human rights, the United Nations must contribute to a conducive atmosphere for their peaceful transformation. For its part, he noted that Indonesia was steadily developing a regional architecture conducive for the peaceful promotion of human rights and democracy called the “South-East Asian Nations Political-Security Community”. The primacy of diplomacy and of the peaceful settlement of disputes over war and conflict was never more evident than in the quiet and fundamental transformations that had taken place in Southeast Asia, he said. Indonesia believed the dividends of peace and stability were self-evident, and these were economic and social progress. The continued stability and security of the region was therefore key to secure prosperity. Indonesia was working with its partners to promote common security, prosperity and stability for all in the region.

Speaking in exercise of the right of reply, the representative of Indonesia said his Government rejected the statement concerning the so-called “issue of West Papua” made by the Prime Minister of Vanuatu on 28 September.  Such statements reflected an “unfortunate lack of understanding” of basic facts on the historical role of the United Nations and the principled position of the international community at large, as well as the current actual developments in the provinces of Papua and West Papua in Indonesia.  They suggested an utter refusal to acknowledge certain basic facts on matters relating to those provinces, or the efforts of his Government and the local authorities in promoting the general welfare and prosperity of the province’s people.  His delegation was “only too conscious” that internal political dynamics in Vanuatu had often played a role in raising the issue at the United Nations.  That had been acknowledged in a statement made by the Vanuatu Prime Minister’s office in May 2012, published in the Vanuatu Daily Post, which said that “in Vanuatu, the West Papua issue had been politicized and used by different political parties and movements, not for the interests of the people in West Papua, but more so for elections and political campaign propaganda”.

Indonesia for its part would not be distracted by such inclinations, and continued with its development efforts in the provinces through the implementation of the special autonomy, he said.  It would persevere in the promotion of friendly relations with the Government and people of Vanuatu based on the relevant principles.