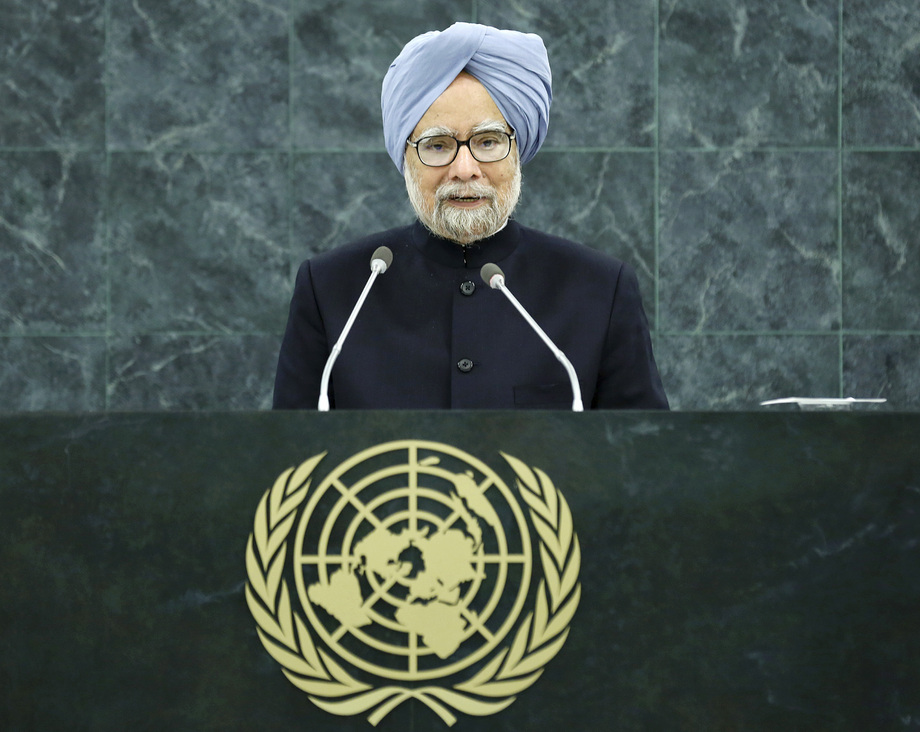 MANMOHAN SINGH, Prime Minister of India, said scepticism about the United Nations capacity to advance peace, security and prosperity was at an all-time high, while the environment for multilateralism was poor. The United Nations was at its most successful when adhering closely to the letter and spirit of its Charter, working consensually. Since its foundation, Asia and Africa had become independent, global interdependence had grown and the world faced new, complex challenges. Effective multilateralism needed effective multilateral institutions, and the Security Council needed reform and restructuring to reflect current political realities, with the inclusion of more developing countries as permanent and non-permanent members. Developing countries also needed stronger voices by multilateral financial institutions, he said. They had been disproportionately affected by the economic slowdown and volatility of world financial markets and needed a supportive international economic environment to recover. Investment flows needed to increase, including from multilateral development banks, while technology transfer and an open multilateral trading regime were needed. To tackle the problems of the more than 1 billion people living in poverty, “special attention and a new thrust” was required and the eradication of poverty should be the anchor of the post-2015 development agenda. That agenda, he said, would fall short of its goals if it focused on governance rather than boosting economic growth. Reprioritizing domestic spending was just one aspect and the agenda needed to foster genuine international partnership between developing and developed countries. Developing countries knew their own situations best and should be given the policy space to set their own domestic priorities. The goals, therefore, needed to be clear and concise, with practical and well-defined means of implementation, including resourcing and technology transfer. Among several other priorities of the agenda, women needed equal access to economic opportunities and should not suffer violence or prejudice. He continued, describing how India promoted inclusive development through expanded education access, the world’s largest food security programme and the harnessing of digital technology to improve delivery of public services. Despite modest resources, he was proud of India’s partnerships with developing countries. He was committed to building 100 institutions in Africa, offering capacity-building support, such as scholarships for students. He also pointed to the India-Africa Forum Summit process and India’s engagement with the third Conference on Small Island Developing States in 2014, the latter reflecting his belief in the need for a robust global response to climate change that was based on equity and the principle of common but differentiated responsibilities. Turning to peace and security, he expressed concerns about the “increasingly lethal” conflict in Syria, but was encouraged by the resumption of direct talks between Israel and the State of Palestine. Afghanistan’s transition needed international support, with a particular focus on terrorism, an item which remained a grave threat to security and stability everywhere. He noted that State-sponsored cross-border terrorism was a particular concern of India because the regional epicentre of terrorism was found in its neighbour, Pakistan. Despite that, he looked forward to meeting Pakistan’s Prime Minister, Nawaz Sharif, promising to address all issues through dialogue. Calling on Pakistan to refrain from “aiding and abetting terrorism directed against India”, he stressed that Jammu and Kashmir were integral parts of India and that there never could be “a compromise with the unity and territorial integrity” of his country. He added a call for strengthened efforts against nuclear proliferation and in support of disarmament.