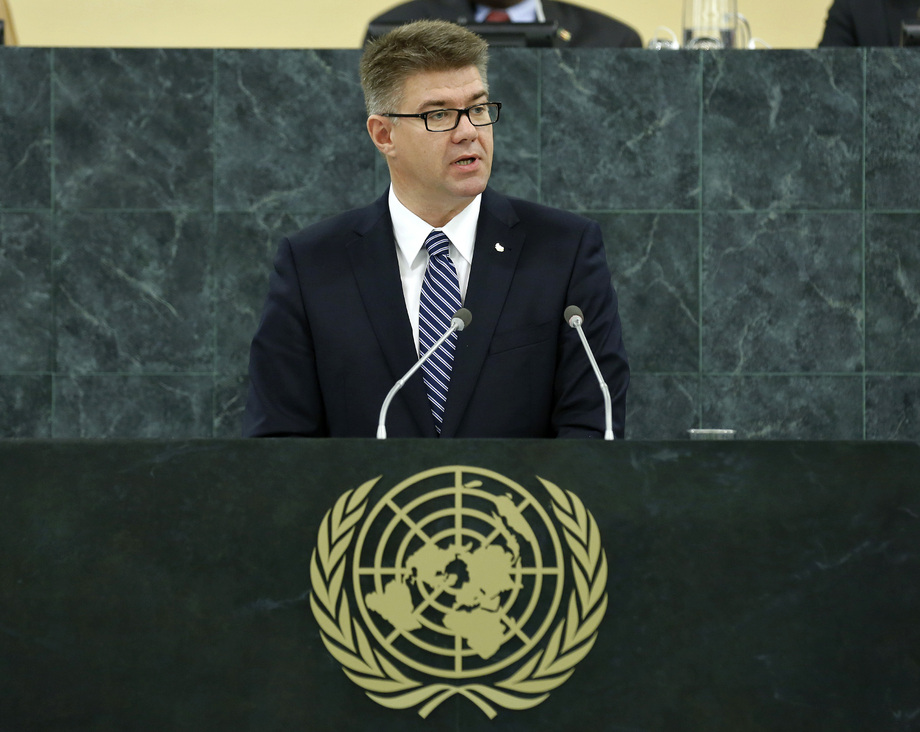 Gunnar Bragi Sveinsson, Minister for Foreign Affairs and External Trade of Iceland, said it was the primary responsibility of all Governments to protect their citizens, and it was, therefore, “hard to find words strong enough” to express his country’s condemnation of chemical weapons use in Syria. Those responsible must be held accountable and answer to the International Criminal Court, he said, adding that the devastation in the country must end. Iceland welcomed the adoption of Security Council resolution 2118 (2013) and called on the Council to ensure that Syria fully met its commitments. Some of the greatest achievements of the United Nations were in the field of international law, the Arms Trade Treaty being one of the latest, he noted. Iceland had been the first country to ratify the landmark instrument, and called on all States, particularly arms exporters, to do the same.

The Millennium Development Goals had served the international community well over the last 15 years, increasing awareness on poverty and inspiring new ways of making policy, he said. They had been central to Iceland’s development policy, but, as new goals were defined, the focus should remain on eliminating poverty, achieving gender equality, improving health and providing education for both boys and girls. Urgent actions were also needed to combat pollution and land degradation, and to ensure food security. “Safe, clean and renewable energy is the way of the future,” he said, noting that his country had undergone a true energy revolution. Today, most of its electricity and heating needs were met through renewable energy. Iceland’s greatest asset, however, was its people, in particular their knowledge and experiences as well as the constant journey of the human mind to explore new solutions.

The history of the world body’s successes “should not blind our vision or daze our judgement”, he continued, pointing out that the flaws of the Security Council had been sadly exposed in the case of Syria. Another urgent task that the international community must deal with was the promotion of gender equality and the empowerment of women. Iceland called on all States to renew efforts for the implementation of the Beijing Declaration and Platform of Action. In the last three years, women in the Arab world had shown how crucial their engagement was for democracy. He emphasized that developments in that region could not be separated from the Israeli-Palestinian conflict. The Palestinian people had a right to self-determination and Israel had a right to exist in peace with its neighbours. That was why all Israeli settlement activities, as well as indiscriminate rocket fire by Hamas from the Gaza Strip, must end.