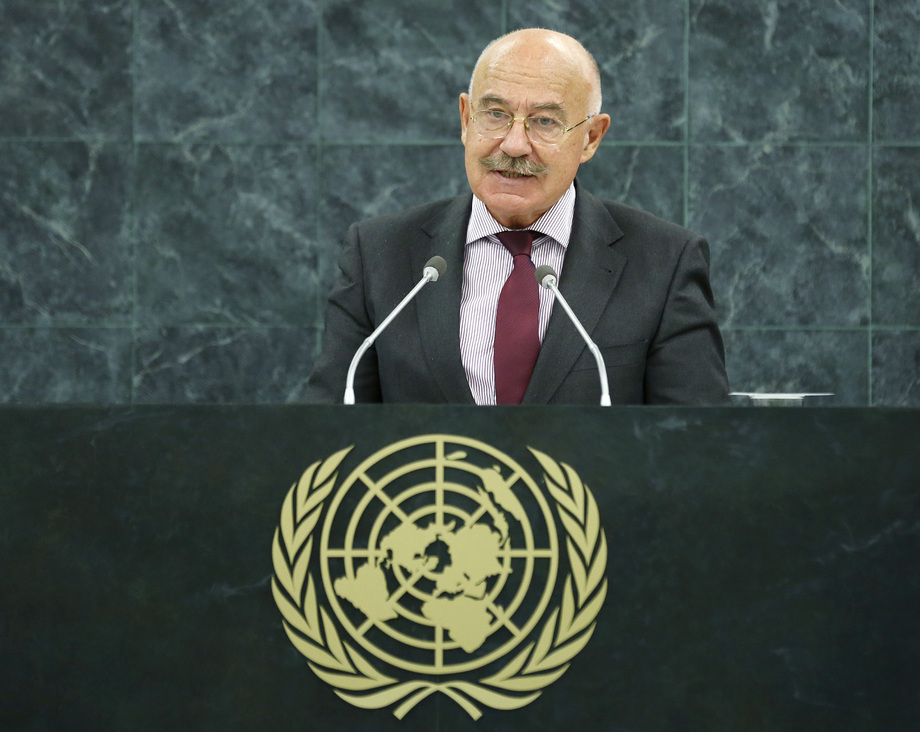 JÁNOS MARTONYI, Minister for Foreign Affairs of Hungary, said the task facing the world was complex but clear — making development sustainable. That went beyond just protecting the environment and was about making societies, economies and the environment serve generations to come. A growing population, most of whom would live in cities, would demand more of a declining pool of natural resources, and the post-2015 development agenda had to reflect that and other important changes. A fundamental change in mindset was needed, and the new goals needed to be part of a single agenda through which the unfinished business of the Millennium Development Goals would be completed. Acknowledging the high costs of sustainable development, he said it would be “incomparably more costly” to do nothing.

Water and sanitation were of the utmost importance, he said, stressing that water was a source of life, health and prosperity but also of risks. He pointed to the Budapest Water Summit, scheduled for 8 to 11 October, which would take stock of various international developments in the field of water. As a “downstream country”, with 95 per cent of its fluvial waters originating beyond its State borders, Hungary had accumulated precious know-how in flood control, drinking water and wastewater treatment, and irrigation. He said the Summit would adopt the Budapest Statement and hoped it would contribute to discussions on the post-2015 agenda.

Appalling situations seen around the world left no doubt about interdependence, he said, calling for a cross-policy approach that accounted for those interrelationships and integrated them into the Organization’s various bodies and forums. He welcomed the United Nations’ efforts to mainstream human rights and encouraged national initiatives to protect them. Hungary had established the Budapest Human Rights Forum intended to apply an interrelated philosophy to address current human rights challenges. He stressed the importance of disarmament and non-proliferation to global peace and security, urging ratification of the Chemical Weapons Convention and supporting establishment of a Middle East zone free of weapons of mass destruction, as foreseen in the most recent NPT Review Conference in 2010. He was confident that the Comprehensive Nuclear-Test-Ban Treaty’s entry into force would strengthen peace and security, consigning the era of testing “to history books”. Further efforts were needed and Hungary would pursue the goal during a stint as coordinator of the Comprehensive Nuclear-Test-Ban Treaty between 2013 and 2015.