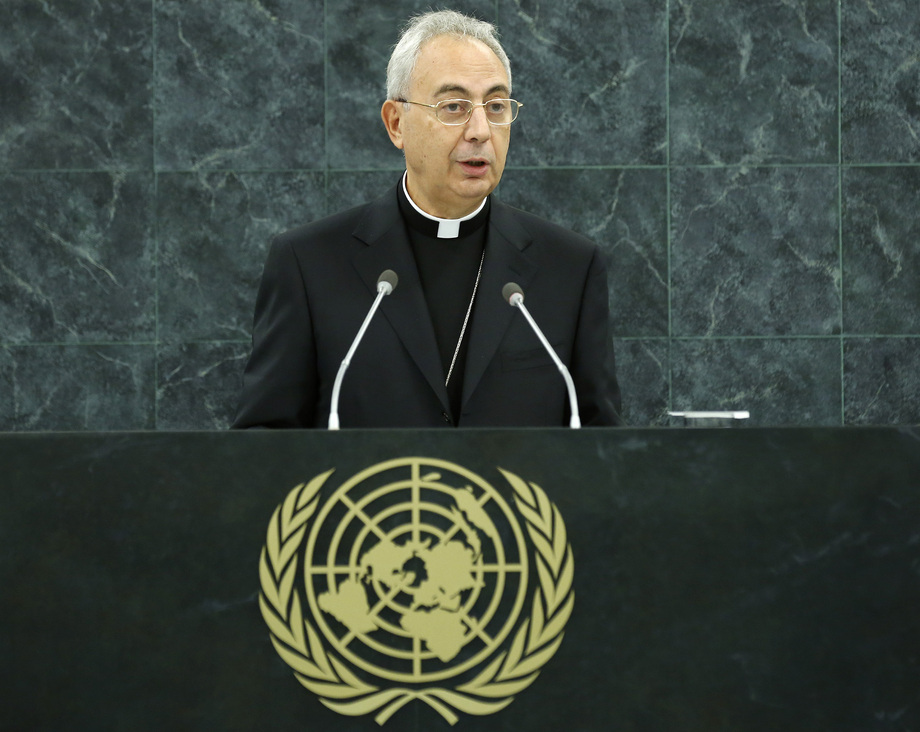 DOMINIQUE MAMBERTI, Secretary for Relations with States of the Holy See, expressed hope that the Assembly would be guided by the same spirit of universal solidarity that guided the international prayer day convoked by Pope Francis on 7 September 2013, which brought together leaders of all religions. In the post-2015 development agenda it was important to create shared goals that would bring together all Member States. The goals should promote the concept of family, based on the union of woman and man, and the protection of their rights. He criticized the exclusion of all non—G20 member States from the negotiations to reform international financial institutions and called for a more open, inclusive negotiation process. Appropriate mechanisms were needed to monitor the Millennium Development Goals and tailor economic policy toward obtaining concrete results in eliminating world hunger and promoting socioeconomic development. The new development agenda would be incomplete if peace was not addressed, he said, stressing that war, terrorism, organized crimes and other forms of armed violence were the first obstacles to development. With the establishment of the United Nations, the national right of war had been replaced with the right of the Council to use force under the Charter. The international laws and norms created by the Organization aimed to control the use of force between States and to ultimately protect human beings. Despite those norms, conflicts in Syria, the Democratic Republic of the Congo and the Central African Republic had occured. The Christian minority in Syria should not be asked to go into exile. He called on leaders to abandon military solution and instead pursue a peaceful resolution to the conflict. The responsibility to protect was very important to the Holy See, he said. The legal and political concepts of it, adopted in 2005, had been wrongly translated as the right to take up weapons, instead of their intended purpose of a commitment to ensure that, in light of possible conflicts, emergency measures and mechanisms for dialogue were put in place. The right—to—protect concept should be included in the Council’s mandate. A peaceful, lasting resolution of the Syrian conflict would create a significant precedent for the present decade, set the path to avoid conflict and honour the responsibility to protect.