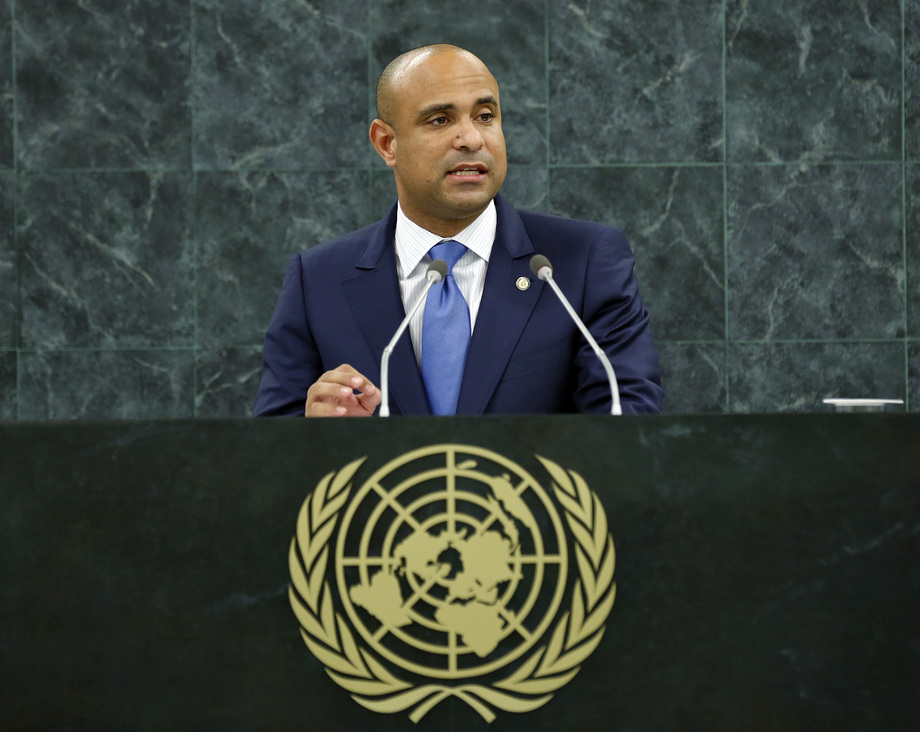 LAURENT SALVADOR LAMOTHE, Prime Minister and Minister for Planning and External Cooperation of Haiti, recalled that his country had been in critical condition following a devastating earthquake in January 2010. The natural disasters following the earthquake had only exacerbated the situation, and today, the country was facing the future with optimism. The implementation of constitutional mechanisms pertaining to the rule of law was an ongoing Government priority, he said, adding that, following reforms in the security sector, Haiti now enjoyed a good climate for investment, which was critical for economic growth. And despite a lack of resources, the Government had allocated significant funds to the body responsible for ensuring wide participation in upcoming elections, signalling a democratic shift.

On education, he said more than 1.8 million children enjoyed the free school programme established by the Government, and now the goal was to improve the quality of education and implement a programme to combat illiteracy. $150 million had been allocated for social assistance, a first for Haiti as it sought to help its most vulnerable citizens. On food security, he said the Government had defined a national policy focused on short-term goals aimed at stabilizing the prices of basic consumer goods and providing basic assistance, he said. Medium- and long-term goals aimed to increase national production to reduce dependence on imported food.

Social programmes aimed at helping the poorest had already assisted more than a million people — thousands of mothers, students, persons with disabilities and disaster victims, he said. Moreover, of the 1.5 million refugees displaced by the earthquake, who had been living in terrible conditions, more than 1.2 million had been relocated and re-housed. With the prevalence of certain diseases, as well as high child mortality rates, millions of Haitians did not enjoy access to adequate quality health care, he said. The October 2012 cholera outbreak had killed 8,000 people and infected 600,000 others. While the United Nations supported Government efforts to combat the disease, more support was needed, he said, proposing the establishment of a joint committee with the United Nations to find the means to eradicate cholera. Meanwhile, the Government, with national and international partners, had managed to curb the spread of HIV/AIDS, reducing the number of those infected to 2.2 million from 5.5 million in 2000. However, treatment must be more affordable and the network of health-care officials strengthened, he emphasized.

Expressing “extreme” concern over climate change, he noted that a large area of vegetation cover had disappeared. Programmes had been set up and others drafted with the aim of replanting, reforesting and ensuring quality drinking water. In addition, significant efforts had been made to ensure gender equality through initiatives to provide women with access to highly coveted positions in Government, he said, pointing out that 35 per cent of the current Cabinet members were women. However, much remained to be done to ensure women’s full emancipation, particularly among the most vulnerable in terms of education and access to health care. Haiti had done a great deal with too little, he emphasized, adding that if the international community had respected all its financial commitments, the results would have been much better.