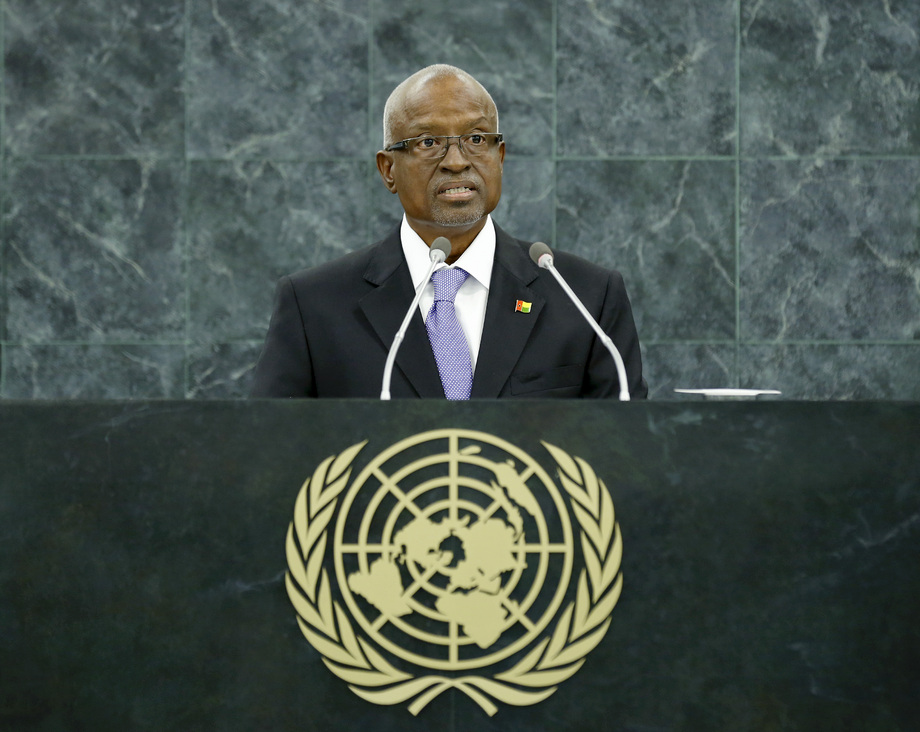 MANUEL SERIFO NHAMAJO, Transitional President of Guinea-Bissau, said two days earlier, his country celebrated the fortieth anniversary of its independence. A military coup had ousted its previous leader in April 2012. The Government was able to avoid political mishaps that could have thrown the country into a political and military tailspin. With the support of the Council and ECOWAS, Guinea-Bissau’s Constitution was never suspended. Parliament also had remained intact, allowing him to be installed as Transitional President.

Since then, the Parliament had approved the revised Transitional Pact and corresponding Political Agreement, and later on the Programme and General Budget for the State, he said. He said he signed a presidential decree declaring 24 November the date for legislative and presidential elections. But, funds were still needed to create reliable voter registries once an accurate census or voter registration process was carried out.

Poverty and political instability were the two biggest challenges facing Guinea-Bissau, he said. Consequently, it would not be able to achieve the Millennium Development Goals by the target date. Progress in education, health care, gender equality, poverty eradication and environmental policies to support sustainable development had been moderate and “below satisfactory levels”. Guinea-Bissau would do everything it could to achieve its Rio+20 commitments. He expressed hope that more developed countries would help fight poverty — one of the greatest scourges afflicting fragile, vulnerable States like his that still suffered from the results of armed conflict.

He supported creation earlier in the week of the High-level Political Forum on Sustainable Development and the holding in September 2014 third Conference on Small Island Developing States. He expressed concern for many countries, including Mali, which had demonstrated a great level of maturity with its recent elections, as well as neighbouring Guinea, which would soon complete its electoral process. He repudiated the recent terrorist attacks in Nigeria and Kenya. He expressed hope that the dialogue and diplomacy would prevail in Egypt and Syria, while stating unwavering support for the Palestinian cause.

He also expressed gratitude to former Timor-Leste President José Ramos-Horta, Special Representative of the Secretary-General to Guinea-Bissau. He praised France for aiding Guinea-Bissau’s efforts to overcome its political crisis and the current President of the Community of Portuguese-Speaking Countries for appealing to the international community for financial support for Guinea-Bissau’s general elections. He also thanked Spain, Timor-Leste, Cuba and China for their support. He called for the end of the embargo against Cuba.