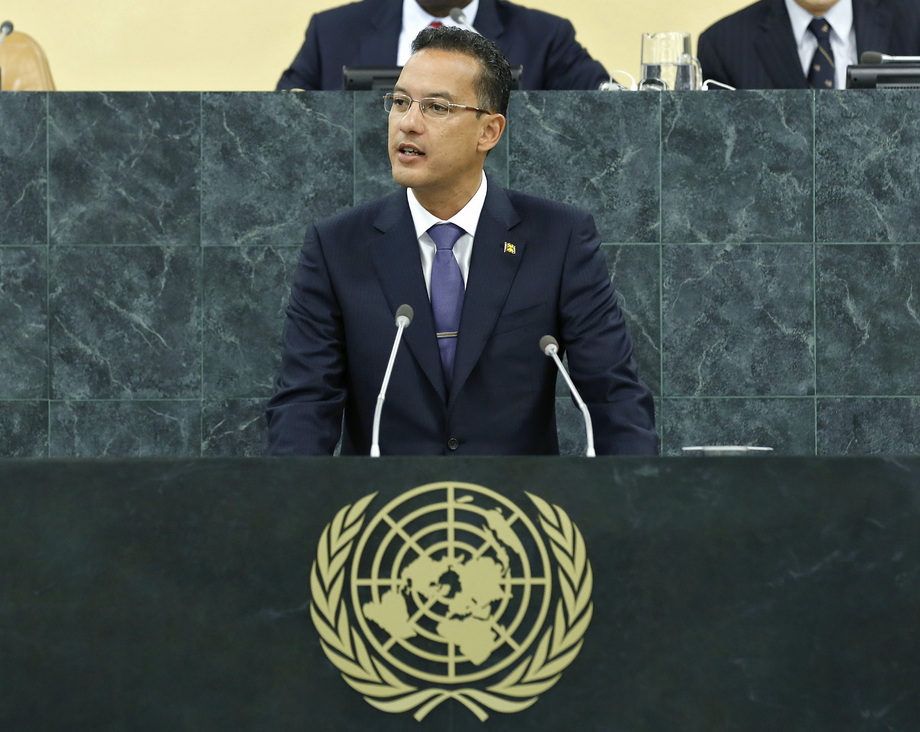 NICKOLAS STEELE, Minister for Foreign Affairs and International Business of Grenada, said that the session’s theme embodied the fundamental concerns of all countries, but particularly those of small island developing States. While several of those countries had been newly promoted to middle-income status, they continued to struggle with high debt burdens, which were worsened by climate change and high fossil-fuel import bills. They also struggled with low productivity, financial constraints, and limited prospects for immediate growth. “The point is this: per capita contrast to costs to climate vulnerability did more harm than good.”

To put that in perspective, he said that damages done to the United States by Hurricanes Sandy and Katrina were between 0.5 per cent and 2 per cent of gross domestic product (GDP), while hurricanes that hit island economies could cost up to 200 per cent of GDP. He urged the International Monetary Fund (IMF) and the World Bank to translate the recognition of climate vulnerability into official developmental assistance (ODA) for small island developing States. Also contributing to the indebtedness and fiscal unsustainability was the volatility and high prices of fossil-fuel imports, he said, pointing out that, on average, small island developing States were paying between 20 and 40 cents per kilowatt for electricity, as compared to prices of 5 to 15 cents in developed countries. Creating a level playing field would give many more private-sector players a role in innovative and sustainable power-generation solutions.

On foreign policy, he condemned the recent deadly use of chemical weapons in Syria and welcomed the Security Council resolution to destroy those weapons. Work was under way in Grenada to implement the Arms Trade Treaty, a sign of its commitment to national and international security. On Israeli-Palestinian relations, he remained convinced that a two-State solution was essential to ending the conflict, and he urged both parties to resume negotiations. The Arab Spring, through social media use, underscored technology as a tool for democracy and for engaging youth. Like previous speakers, he too called for a lifting of the embargo on Cuba, saying it was a cold war relic that caused unnecessary suffering.