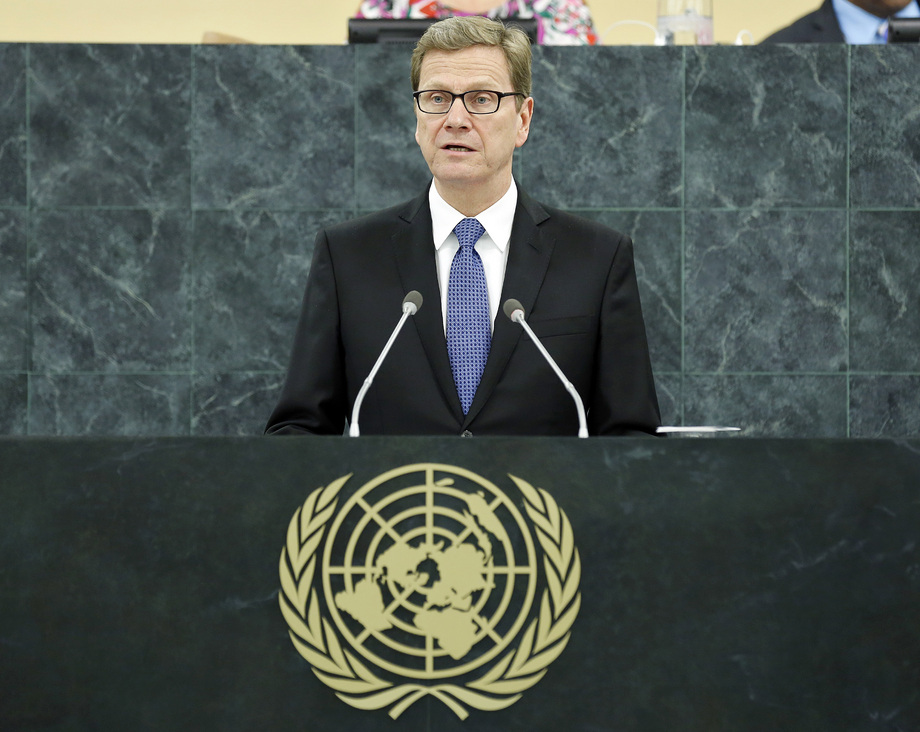 GUIDO WESTERWELLE, Federal Minister for Foreign Affairs of Germany, recalled that, exactly 40 years ago, the two German States had joined the United Nations, marking their return to the international community. Germany supported the Organization as “the beating heart of a global order rooted in cooperation, peaceful compromise and cooperative solutions”. Underlining the dramatic change the world had seen in those decades, he said the United Nations must reflect “the world as it is, not as it used to be”. A Security Council without permanent seats for Africa and Latin America did not reflect the realities of today’s world, and nor did the fact that Asia, an emerging and highly populated region, was represented by a single permanent seat.

Germany, with its partners Japan, India and Brazil, was prepared to assume greater responsibility in strengthening the world body’s authority, he said. A United Nations with the power to build consensus, establish global rules and act in response to crises and conflicts required compromise and a willingness to work together, he said. “A strong United Nations is in Germany’s interest.” Emphasizing that the world’s cultural differences and diverse traditions would not vanish in the age of globalization, he said that it was not only the world’s markets, but also people’s expectations, hopes and ideas that were becoming interconnected. “The developments in the Arab world have shown us that a country’s stability primarily depends not on Government stability, but on social stability.”

Turning to Syria, he the said use of chemical weapons, ascertained by the United Nations, was a crime against civilization whose terrible dimensions had consequences extending far beyond national borders. All the available facts pointed to the regime’s culpability, he said, stressing that the use of chemical weapons could not go unpunished. Welcoming the Security Council resolution on destroying Syria’s chemical weapons, he said the perpetrators of the crime must be called to account before the International Criminal Court, while opportunities for a political process must be used and the humanitarian catastrophe addressed. The tragedy in Syria underlined the extraordinary importance accruing to the disarmament of weapons of mass destruction and the strengthening of the non-proliferation regime. He urged Iran to act on its announcement that it was prepared to remove the international community’s doubts about the nature of its nuclear programme. Welcoming the latest initiatives towards restarting negotiations between Israel and Palestine, he said that only a negotiated two-State solution could reconcile the legitimate interests of the two sides.