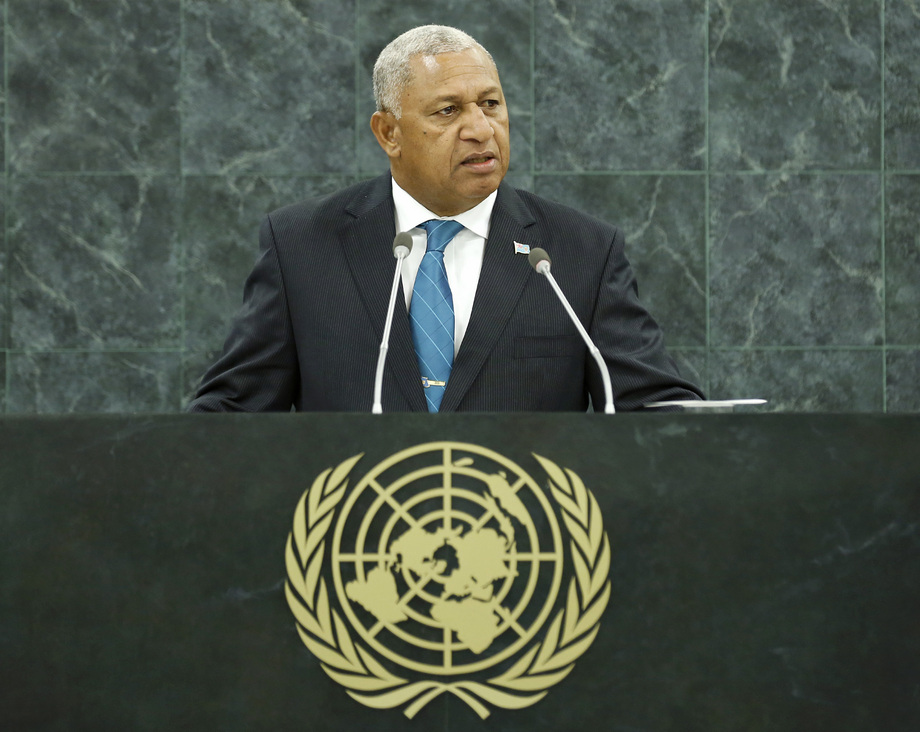 JOSAIA VOREQE BAINIMARAMA, Prime Minister of Fiji and current Chair of the Group of 77 and China, said his country had reached a pivotal moment earlier this month, with the promulgation of a new Constitution, which had introduced the first genuine democracy since independence from the United Kingdom in 1970. “We finally have a Constitution that is worthy of the Fijian people,” he declared, noting that it had enshrined an independent judiciary, a secular State, and a range of civil, political, and economic rights. It recognized indigenous peoples’ customary practices, protected the rights of indigenous landowners and their tenants, demanded Government transparency, and built strong, independent institutions.

By way of background, he said Fiji had struggled for years to be a nation under a system that had created different classes of citizens. The very idea of a just and equal society was being eroded from within — too many elites who believed the best way to entrench their privileges was to sow the seeds of division. As a result, tens of thousands of Fijians had suffered. While the journey had been long, it was with deep honour that he could say: “Our national compass has finally been reset,” with democratic elections slated for September 2014. Four political parties had registered under new laws that created transparency.

Noting that many modern democracies had experienced their own turbulent periods — the United States Civil War, for example — he regretted that such countries had abandoned Fiji, having sought instead to punish it with sanctions and support a form of governance they never would have accepted for themselves. “We hope that they see now that we were true to our word,” he said, stressing that all nations had struggled to correct historic “sins”. Fiji’s political development and foreign policy had been guided by the principle that sovereign States determined their own destinies. Fiji also recognized the need to collaborate with States towards sustainable world peace.

Against that backdrop, he urged that focus not be lost on the imperative of our time, namely, that equality among nations was central to the United Nations survival. Encouraged by the Assembly’s launch of the follow-up mechanisms agreed at the Rio+20 Conference, he said the post-2015 development agenda must be universal, applicable, and relevant to all nations. That could best be achieved through global partnerships that placed peoples’ well-being at their core. With serious commitment to transformation at structural, normative, and institutional levels, it could achieve a paradigm shift in global conditions.

He went on to say that Fiji’s decision to chair the Group of 77 and China for 2013 had shown its embrace of its rights as an equal United Nations member. Underscoring the country’s unwavering commitment to United Nations peacekeeping, he said it had responded to the call to serve for three decades. It must be ensured that all support possible was given to troop and police-contributing countries through clear policy guidance. On sustainable development, he said the Third International Conference for Sustainable Development of Small Island Developing States in 2014 was critical to addressing the specific challenges faced by those countries.

More broadly, he said Fiji worked through the Melanesian Spearhead Group to accelerate the process of decolonization. On the communications front, Fiji had combined a national framework for information and communications technologies (ICT) with pragmatic policies, an approach that had achieved 95 per cent mobile coverage and seen Fiji conclude one of the region’s first open auctions for 4G spectrum. As the first country to have ratified the 1982 United Nations Convention on the Law of the Sea, Fiji also had kept its oceanic obligations at the core of its foreign policy.