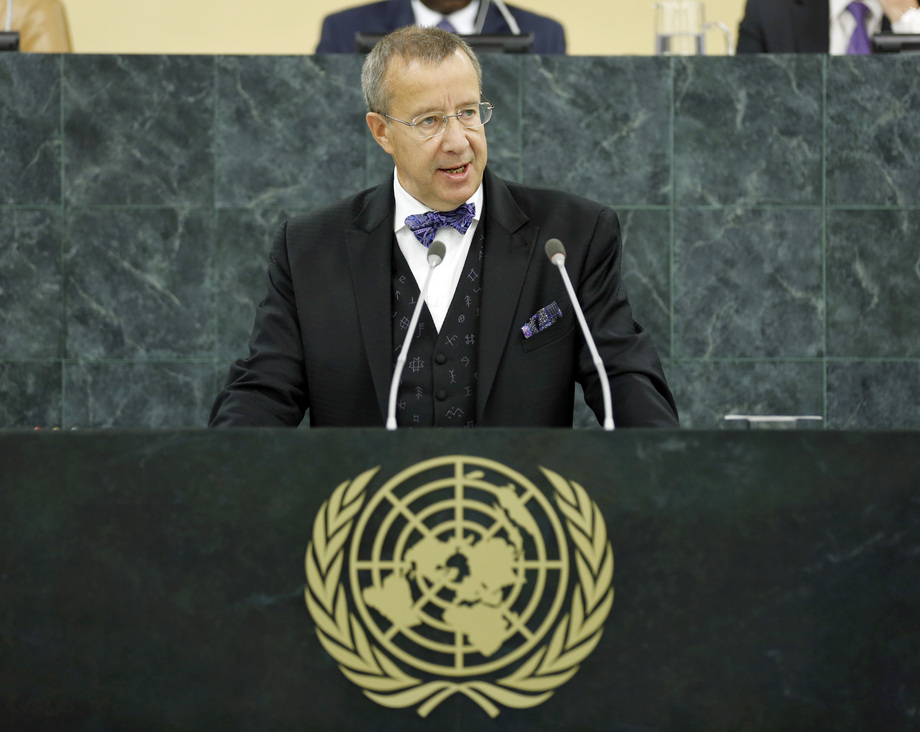 TOOMAS HENDRIK ILVES, President of Estonia, stressed that the most unsustainable situation in the world now was the conflict in Syria. The use of chemical weapons was unacceptable under any circumstances and required complete and unreserved condemnation. The Organisation for the Prohibition of Chemical Weapons (OPCW) and the Security Council needed to move forward and agree on the legally binding terms to resolve the issue, preferably under Chapter VII of the United Nations Charter, and as soon as possible. Even without the use of chemical weapons, military actions and brutality had created suffering and humanitarian disaster of unimaginable proportions. While there was no easy and quick fix to the complex situation, he went on, “we must keep doing what we can to ease human suffering.” Estonia was among the many other countries that had been helping those who had been forced to flee from their homes and protecting the most vulnerable, namely women and children. Evidence collected by the United Nations Human Rights Council’s inquiry commission indicated that war crimes, crimes against humanity and gross human rights violations had been systematically committed in Syria. Estonia supported the initiative to ask the Security Council to refer the case to the International Criminal Court. In contrast, he said, hope had been recently restored in Mali. The presidential elections there had been peaceful and transparent, and given rise to optimism. The future looked promising in Afghanistan as well. Estonia, as a long-time partner of that country, remained committed to training and financing national security forces, and continuing to support educational progress, women’s empowerment, rule of law and health care. But for years, Estonia had underlined that protracted conflicts around Nagorno-Karabakh, as well as in Georgia and Moldova, must not fall off the international community’s radar screen. Turning to the post-2015 sustainable development agenda, he said the current Millennium Development Goals should have focused more on reaching the poorest and most excluded groups in society. The main challenge of the post-2015 negotiations was to formulate and reach global agreement on one concrete and measurable set of goals, which would keep the three dimensions of sustainability at its core and maintain a strong focus on poverty eradication and official development assistance (ODA), and continue to play an important role in sustainable development. Also necessary were synergies between different sources of finance, better policies and strong national ownership. The main driver of sustainable development was inclusive and responsible economic policies, he continued. A key enabler of economic growth was the bold use of modern information and communications technologies. In that regard, cybersecurity and Internet freedom were of worldwide importance. “Let us stay alert and tuned to every single detail that was hindering our common well-being from evolving; be it in developed or developing countries,” he concluded.