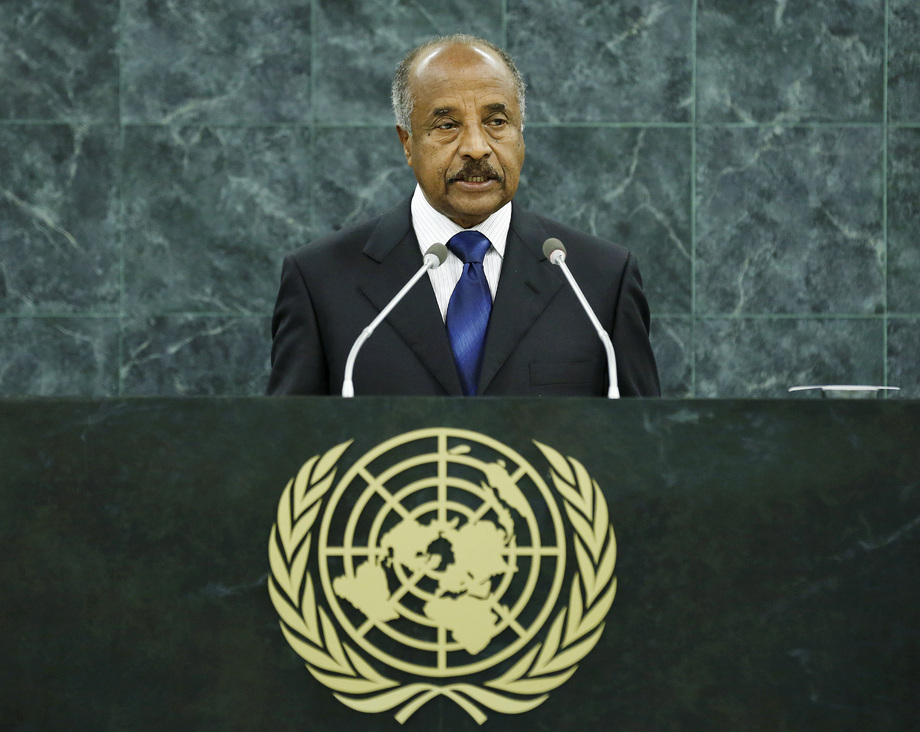 OSMAN MOHAMMED SALEH, Minister for Foreign Affairs of Eritrea, spoke of the urgency of reforming the United Nations and redressing the injustices committed against the people of Eritrea. He said that the paralysis and constraints under which the United Nations had to operate in the realities of the Cold War and in a bipolar world, had accentuated the need for structural reform of the Organization. In his country’s case, the inalienable right to independence was “trampled at the onset of the Cold War since the country was perceived as a mere pawn in the overriding strategic rivalry of both superpowers,” he said. After 1991, the major powers which controlled the General Assembly secured and consolidated their total domination of the United Nations and blocked any reform of the body, he stated. Therefore, the twenty-first century required a revitalized United Nations that transcended a bipolar or unipolar world order, and was firmly rooted on the supremacy of, and respect for, international law and justice.

Turning to the issue of the independence of his country, he stated that “the inalienable national rights of the Eritrean people were compromised to serve the strategic interests of the United States that had emerged as a triumphant power.” Eritrea, he continued, had to endure colonial suppression for nearly 40 years, and its people had to wage their liberation struggle and achieve their independence in 1991. This historical truth illustrated, he said, the perils of a world order that was driven by the rivalry of super-powers and highlighted the need and urgency of an effective United Nations. The Eritrean people were neither compensated for the transgressions meted to them nor given respite in the subsequent years. As they embarked in the arduous task of rebuilding their war —torn country, he said, they again became pawns “in the wider Horn of Africa — Middle East chessboard of domination”.

Despite massive hostility, and in the face of tremendous odds, he added, the people and Government of Eritrea had remained steadfast, prioritized development efforts, and had worked persistently to contribute to regional peace and stability, including by fighting terrorism and piracy. He reiterated the country’s commitment to cooperate with regional and international partners, such as the United Nations, and to work for the betterment of his country, for peace, stability and integration in the Horn of Africa and in the world. He concluded by adding the voice of the Eritrean people to urge the United Nations General Assembly to adopt timely resolutions aimed at reform of the United Nations. Specifically, he called for the Organization to bring, inter alia, an end to the invasion of Eritrea’s sovereign territories and to lift sanctions against it.