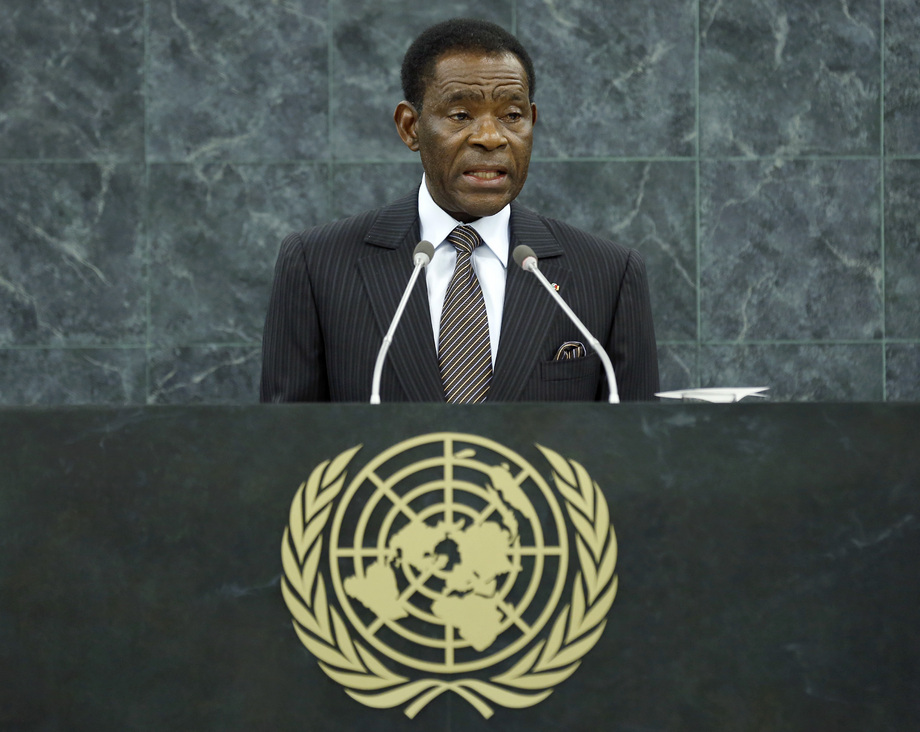 TEODORO OBIANG NGUEMA MBASOGO, President of Equatorial Guinea, said he brought the fervent desire for peace and prosperity for all countries of the world during these trying times. He condemned the attack on Kenya, as this slowed its development and violated its freedoms, and called on the United Nations to take the harshest measures against crimes of that nature. Although the international community had become increasingly conscious of the importance of peace, the United Nations had still not achieved a peaceful and developed world that ensured dignity and prosperity for all peoples of the world. He expressed concern at the disturbing situation in the world and spoke of an increase in natural disasters, wars, terrorism and acts of violence that took human lives and displaced populations. Hunger, he said, affected almost three quarters of the peoples of the world, and there were still major endemic diseases that lead to many deaths in less developed countries, affecting those most vulnerable. He said that there is a kind of cold war between those that claim moral authority and those who want freedom of action, so they can determine the future of their peoples. The question of peace and security of States should be given full priority of the United Nations, because if there was no peace, there could be no development, and without development, there could not be freedom for human beings. For this reason, he stated he supported mediation and arbitration of conflicts. The political, economic and social condition in his country was a positive one, and it was encouraging, he said, because it enjoyed peace and stability. People benefited from this, and therefore, supported current changes in the country. He was concerned, however, by the so-called “humanitarian” interference by the United Nations, which, in fact, imposed political systems and democracies on the basis of hidden interests, disregarding the sacred principles of national sovereignty and the dignity of peoples. He said that democracy was the maximum expression of natural law, and an act of the sovereign will of the peoples. We had never seen an instance of democracy then being imposed on a people, and them accepting it, he added. To impose democracy was an imposition, and a deception in the name of democracy, giving rise to civil disorder which brought the loss of human life, division in society, and the destruction of basic infrastructures that were difficult to rebuild. Security and human rights were intrinsically linked, and there could not be indiscriminate destruction planned so that “reconstruction” and “reconciliation”” could be planned for later at someone else’s cost, he said. He said that the United Nations’ role was being violated by special interests, and that the Organization should be reformed to make it more democratic and protective of the interests of all nations.