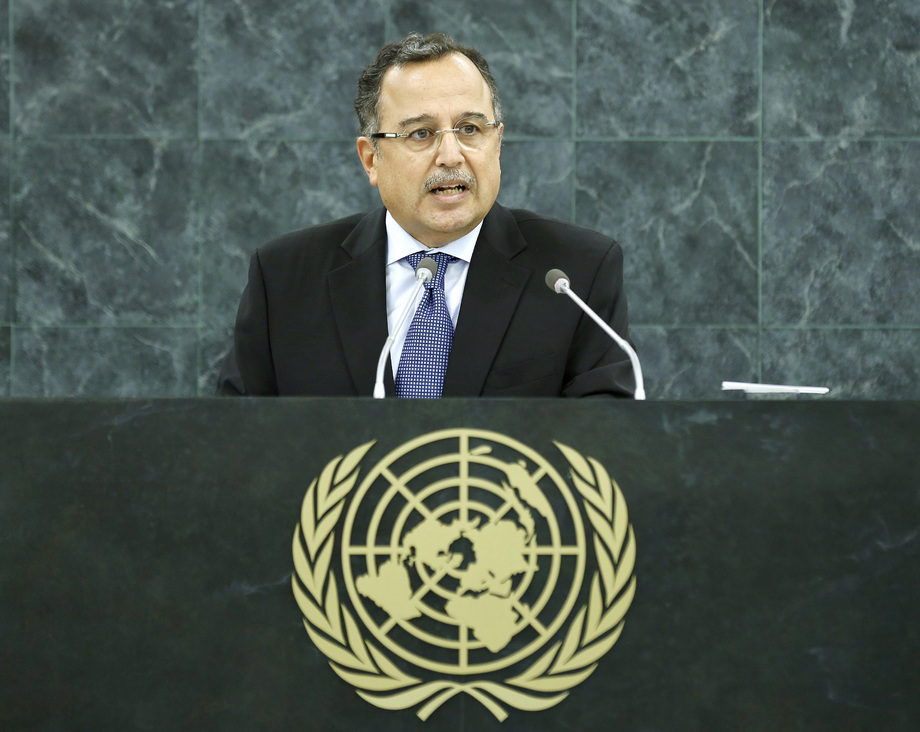 NABIL FAHMY, Foreign Minister of Egypt, said that recent developments in his country demonstrated that the people could grant authority just as it could remove it from the hands of those who abused it. Stressing that Egyptians had an ambitious vision for the future that could be achieved through systematic work in a reasonable time frame, he said success depended on political inclusiveness, pluralism, equal rights and duties, rule of law and equality before justice. Egyptians had a right to fulfil this wish, which he said underpinned the road map the Government was implementing. Expressing Egypt’s aspirations to more democratic international relations, he said his country’s foreign policy was now a reflection of the popular will and formulated in line with its interests and national security. “We fully recognize that Egypt’s national security is linked to the security and concerns of our Arab nation,” he stated. Voicing commitment to the interests of the African continent, his country would continue to defend issues of importance to the Islamic world, spread the Islamic values of moderation and tolerance, and promote dialogue among religions.

On Syria, he condemned the use of chemical weapons and expressed grave concern over the unfolding humanitarian catastrophe there, calling for an urgent political solution through the Geneva II Conference. Saying that the Palestinian question was a main source of tension in the region, he welcomed recent initiatives to restart negotiations and called for a final settlement. Egypt would continue to support the right of the Palestinian people to self-determination, and the establishment of an independent and sovereign State with East Jerusalem as its capital, on all territories of the West Bank and Gaza, he said. He urged Israel and the international community to ensure that the Palestinians in Gaza had access to basic supplies.

Proposing an initiative to ensure the right to equal security in the region, he urged all countries in the Middle East, as well as the five permanent members of the Security Council to formally state their support for declaring the region free from nuclear, chemical and biological weapons. The countries that had not signed, or ratified, any of the international conventions on weapons of mass destruction should commit to do so by the end of the year. Stating that Egypt’s roots were deeply ingrained in Africa, he announced the establishment shortly of an Egyptian Agency for Partnership for Development, most of whose future resources would be directed to African countries. Calling for reform of the Security Council, he said Africa needed representation in the permanent membership category and an expanded presence in non-permanent membership.