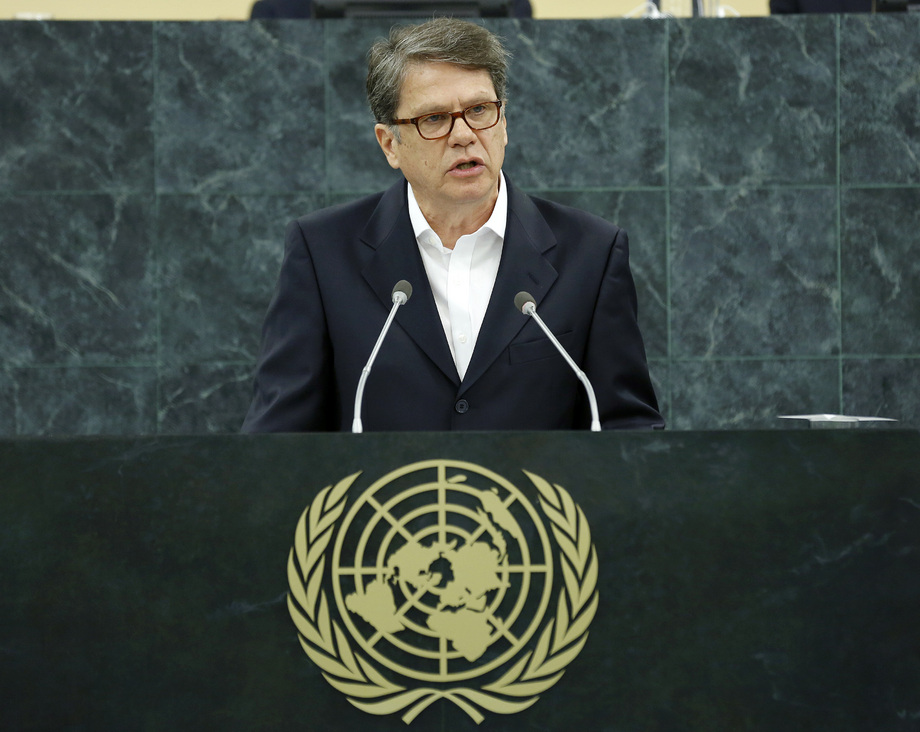 XAVIER LASSO MENDOZA, ( Ecuador), expressed concern over the international community’s approach to disability. In the context of the post-2015 agenda, it was vital to establish national and global quantitative objectives and development agendas that took into account the needs of disabled people and their families. Every day it was increasingly difficult to reach the “city of sound and diversity”, he said of the Organization’s New York Headquarters. Bureaucrats had installed barriers that were difficult to cross, isolating the United Nations. The host country was aware of the diversity of Member States but revealed its particular likes and dislikes by deciding who could and could not attend the General Debate. That host, the United States, also spied on certain countries. There were many reasons to be careful, but the history of mankind and of the Organization served to increase the rights of all. Technological advances had enabled people everywhere to communicate with each other. It was regrettable that a certain power had set up a global surveillance mechanism that did not differentiate between citizens and non-citizens, criminals and law-abiding people. The extent and reach of that global espionage knew no limits. The confidence between States and Governments that underpinned negotiations, among other things, had been seriously eroded by the unlimited acts of the United States, which spied on the world’s communications. The United States must explain its universal surveillance programs. The United Nations was the place to defend the right for all peoples to be respected, he said. The time had come to bring an end to the settlements in Israel and for Palestine to be respected and recognised within 1967 borders, with East Jerusalem as its capital. Along those lines, most countries had called for an end to the “unjust” embargo against Cuba. Cuba’s people should not have to continue to suffer the consequences. Regarding the Malvinas, those islands were close to Argentina and “so far from the United Kingdom,” that conflict should also be resolved. On the development front, desperate efforts for profit without limits were damaging the environment and violating human rights. His country was dealing with a slander campaign by Chevron, which in 2011 was forced to pay $19 million to the people of Ecuador for its brutal pollution of the Amazon. He rejected violations of human rights and violence everywhere. A military solution for Syria was no solution at all. A holistic solution must be found to that terrible suffering. The Syrian people deserved the staunch support of the international community.