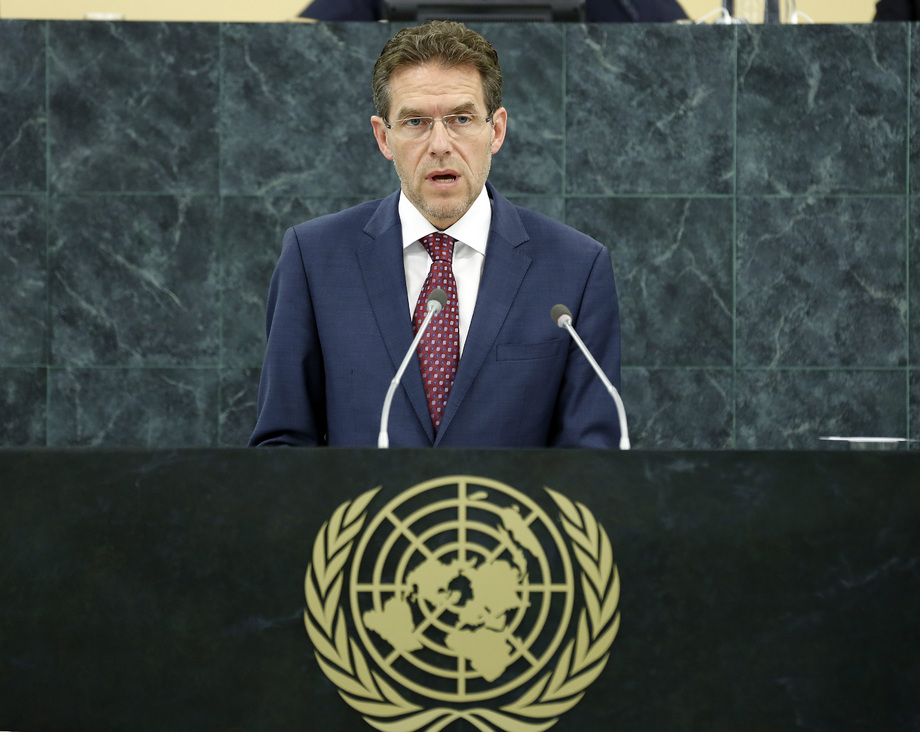 IB PETERSEN ( Denmark) said a strong United Nations was more relevant than ever and changes to the Council were necessary to help achieve that. The Council’s leadership was needed to resolve armed conflicts. He welcomed the increased integration of rule of law, human rights and protection of civilians into peacekeeping missions. States should join the global network of responsibility to protect focal points, he said, stressing the need for accountability for human rights violations and calling for the case of Syria to be referred to the International Criminal Court. The New Deal for engagement in fragile States led by the “g7+” provided peacebuilding and State-building goals and would be useful for inspiring discussions on the post-2015 development framework. Regarding that framework, Denmark would shoulder its responsibilities, providing 0.83 per cent of gross domestic product (GDP) as official development assistance (ODA). Meanwhile, climate change was another priority, and new technologies were needed to meet growing resource demands with green economies. Calling for ambitious goals to be set in a new climate agreement, he said Denmark would meet all its energy needs with renewable energy sources by 2050.

He called for the return of dialogue and democracy in Egypt, noting the challenges ahead and the need for implementation of a roadmap for return to democratic and civilian rule. The international community was on hand to help and he urged Egypt to accept that help. The United Nations could play an important role. After addressing developments in negotiations between Israel and Palestine, in Afghanistan and in the Sahel, he said Somalia’s New Deal Compact was crucial for reconciliation and peacebuilding and would set priorities for the next three years. He also called on Iran and the Democratic People’s Republic of Korea to comply with international law and relevant Council resolutions, welcoming efforts to resolve Iran’s nuclear programme.