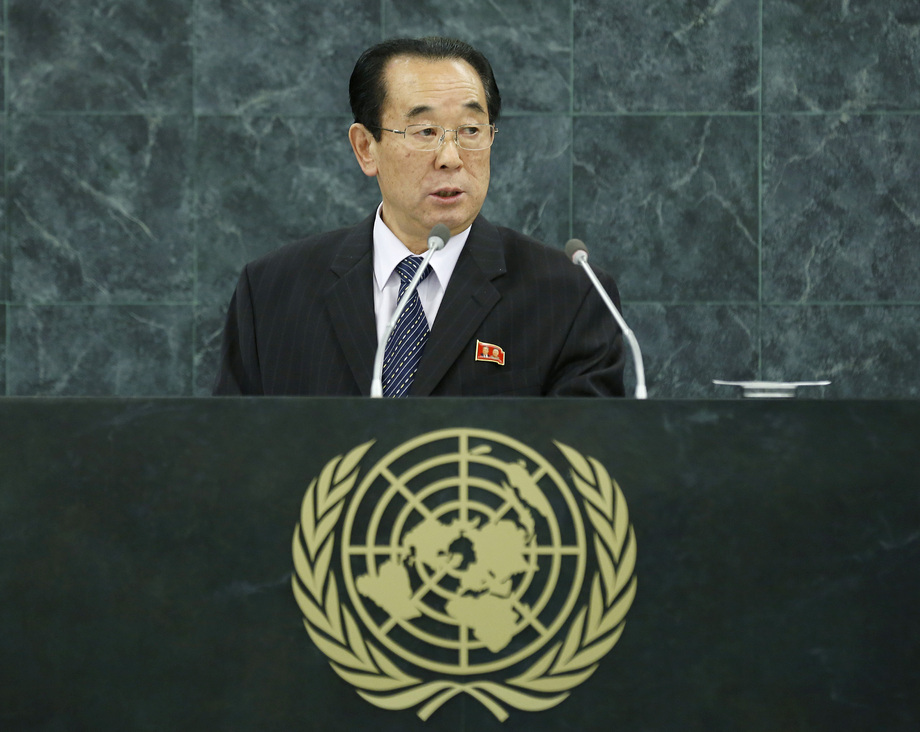 PAK KIL YON, Vice Minister for Foreign Affairs of the Democratic People’s Republic of Korea, said high-handedness and arbitrariness were ever more rampant in international relations. Infringements of sovereignty, interference in domestic affairs and regime change continued unabated under the pretexts of “non-proliferation” and “human rights protection”, for which the United Nations was being abused. Such behaviour by a specific State undermined peace and security and should therefore be rejected in international relations, with a view to achieving genuine cooperation and development among countries, based on sovereign equality, he said. The infringement of Syria’s sovereignty and territorial integrity should not be allowed, and the blockade imposed on Cuba by the United States should be brought to an end at the earliest possible date. He went on to emphasize the need for reform of the United Nations, saying that issue could brook no further delay. The General Assembly should be empowered to have the final say on key international issues since it represented the general will of the entire membership. Security Council resolutions authorizing sanctions and the use of force should be effective only after the Assembly’s approval. Instances of a certain State abusing the Council as a tool of its strategic interests should never go unchallenged, he stressed, recalling that, in January, the United States had “manipulatively” forced the adoption of the unfair sanctions resolution against “our legitimate satellite launch for peaceful purposes”, which was recognized under international law. Turing to the situation on the Korean peninsula, he said the only way to ensure lasting peace there was to end the hostile policy of the United States. That country should respect the sovereignty of the Democratic People’s Republic of Korea, replace the Armistice Agreement with a peace mechanism dismantling the United Nations Command, lift all sanctions and stop military threats. Reunification was a long-cherished desire and the most pressing task of the Korean nation, he said, adding that, thanks to his country’s “active and generous efforts”, a window of opportunity for improving North—South relations was opening up after a long period of deadlock. However, the outdated confrontational approach of the Republic of Korea authorities was putting relations in danger of falling back into the destructive stage, he warned.

The representative of the Democratic People’s Republic of Korea called attention to his region’s unique security environment, and the threat posed by the largest nuclear-weapon State’s threats and blackmail.  The United States had introduced the first nuclear weapons to the Korean peninsula in 1957, he recalled, adding that the number had exceeded 1,000 in the 1970s, making the peninsula the most densely packed with nuclear weapons.  He also recalled that, in 2002, the United States Administration had named his country as a member of the “Axis of Evil”, calling for the country’s elimination.  The same Administration had singled out the Democratic People’s Republic of Korea for pre-emptive nuclear strikes, and engaged in military drills with the Republic of Korea.  That had left the Democratic People’s Republic of Korea with no option but to pursue nuclear weapons for self-defence.  He added that Israel had no justification to describe anyone as a fully fledged nuclear-weapon State, since it was a “cancer in the Middle East” that shifted the blame to all other countries.  The United States remained quiet about Israel’s nuclear weapons, he pointed out.

The representative of the Democratic People’s Republic of Korea said the remarks by his counterpart from the Republic of Korea were absurd and misleading, stressing that his country’s military drills had been neither routine nor defensive.  The Republic of Korea had the most sophisticated means for the delivery of nuclear weapons, which threatened the peninsula’s security.  He said the United States had selected his country for the Security Council resolution out of hostility, which was abuse of power by a permanent member.  That was why the Democratic People’s Republic of Korea did not recognize the resolution, he said, adding that the issue of joint drills should be raised in the Security Council.