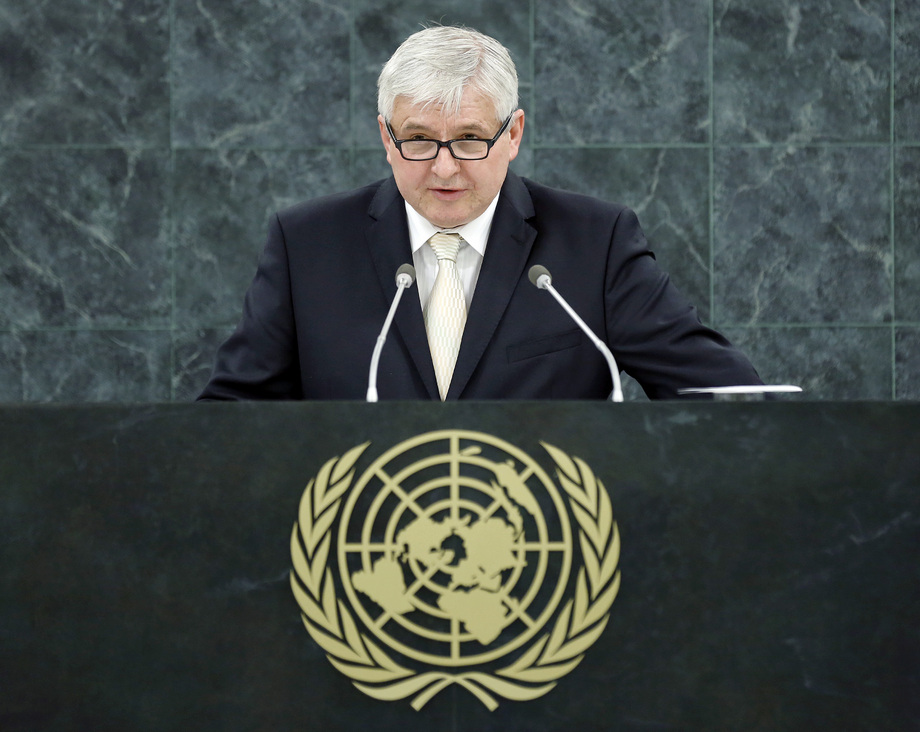 JIŘÍ RUSNOK, Prime Minister of the Czech Republic, outlined a number of the most pressing and significant challenges facing the world today: the state of the world economy, the international security situation, the danger of nuclear conflict and the ever-widening gap between the rich and the poor, among others. While the world economy remained fragile, it appeared slowly to be entering a new phase towards steady economic recovery and growth, he noted. However, the security situation in many parts of the world was also witnessing many local conflicts that endangered the overall regional balance. Syria was one example, he said, adding that the conflict there called for a negotiated political solution because a military one was not possible.

Thanks to the decreasing number of nuclear warheads and carriers in the possession of nuclear Powers, the danger of a nuclear conflict was diminishing too, he said. Yet, the currently “blocked negotiations” on the Treaty on the Non-Proliferation of Nuclear Weapons (NPT) was a source of concern. Similarly, fundamental human rights and freedoms remained at risk in many countries, just as the gap between the rich and poor was widening despite efforts to alleviate world hunger and poverty. The confirmed use of chemical weapons in Syria was deeply worrying, as any such use was unacceptable and in violation of the principle of responsibility to protect civilians. “This constitutes a war crime and a crime against humanity, and its perpetrators should be held accountable before the International Criminal Court,” he declared.

He acknowledged the transformation of Myanmar and strongly encouraged that country’s leaders actively pursue the process of amending the national Constitution to improve democratic standards, in keeping with their public pronouncements. Highlighting the important role of the United Nations in resolving armed conflicts, he said its peacekeeping operations were indispensable for sustained and durable solutions to violent conflict worldwide. To that end, the Czech Republic, having participated in relatively small numbers, was ready to increase substantially the presence of its military personnel in United Nations peacekeeping, he said. He expressed appreciation that the international community had finally concluded the Arms Trade Treaty, adding that the upcoming Group of Government Experts on a Fissile Material Cut-off Treaty would also be a step in the right direction.