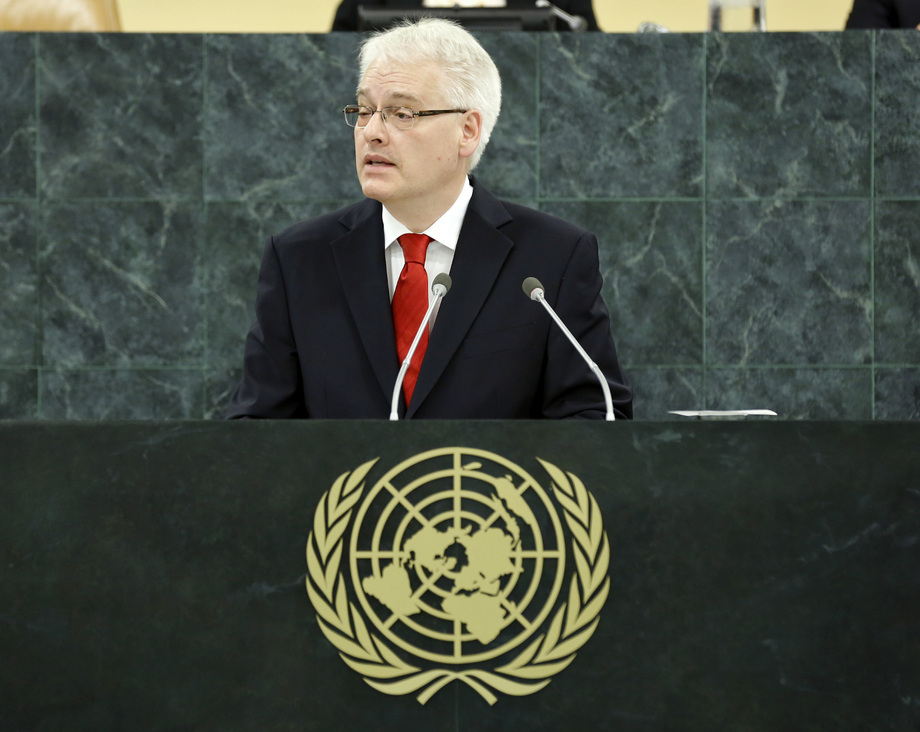 IVO JOSIPOVIĆ, President of Croatia, said this year, the Assembly was focused on an issue of paramount importance for the planet’s future. However, peace and security were prerequisites for sustainable development. The global community continued to witness a plethora of deadly and prolonged international crises and the security and humanitarian catastrophe in Syria was foremost in the international community’s minds. The United Nations findings regarding chemical weapons there were appalling, and he condemned those weapons in the strongest possible terms and said the United States and Russian Federation Framework of 14 September must be implemented promptly and fully. The United Nations had emerged from a period that witnessed the worst atrocities of the twentieth century and was built to ensure that such atrocities were not repeated. January of 2013 had marked the fiftieth anniversary of the completion of the United Nations Transitional Administration for Eastern Slavonia, Baranja, and Western Sirmiummission in Croatia, which was considered one of the most successful peacekeeping operations in United Nations history, he said. However Croatia had undertaken the journey from a site for peacekeeping missions to being a peacekeeping contributor, and now supported operations and missions around the world. Further, marking the twentieth anniversary of the establishment of the International Criminal Tribunal for the Former Yugoslavia, he said this had paved the way for the International Criminal Court, and he called on those countries that had not yet decided to adopt the Rome Statute to do so as soon as possible. Maintaining peace often entailed long-term and comprehensive commitment from the international community, he said. Preventing the proliferation of weapons of mass destruction, especially to non-State actors, was a global security priority. As for the uncontrolled spread of small arms and light weapons, the Arms Trade Treaty was a milestone, and he urged universal adherence to that treaty and its expedited entry into force. In any armed conflict, women and children often paid the highest price, and Croatia would continue to focus its donor activities on gender and child-sensitive issues, on maternal health and prevention of mortality in children aged five, as well as enhancing girls’ education. He expressed satisfaction with the establishment of the High-level Political Forum on Sustainable Development, and stressed the importance of education, especially of women and girls, in fostering innovative growth. In July, Croatia became the twenty-eighth member of the European Union, he said. This was achieved in order to secure a safe, democratic and stable future for Croatians and their forthcoming generations. The Union’s enlargement policy should be continued with respect to the countries of the Western Balkans, based on their individual merits, as the best option for long-term stability in the region.