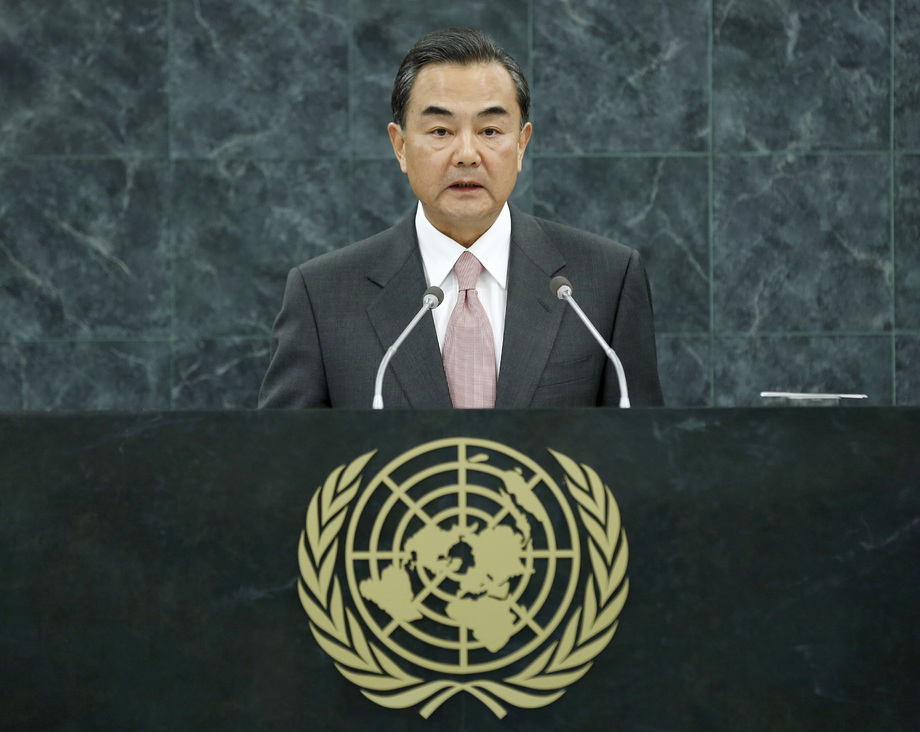 WANG YI, Minister for Foreign Affairs of China, noted that this year had been an unusual one in China’s development, with the new central leadership putting forward the concept of the “great renewal” of the nation.  The Government was leading the country’s 1.3 billion people in an effort to finish building a moderately prosperous society in all respects by 2020 and to turn it into a modern socialist country by the mid twenty-first century.  China would, he declared, stay firmly on the path of peaceful development.  China’s rapid development over the years had given rise to worries that it might follow the old pattern of wealth breeding arrogance and strength leading to hegemony.  The outdated cold war era mentality had no place in the new era of globalization.  In history, the Chinese people had always embraced international exchanges and trade, not foreign aggression and expansion, and had adhered to the patriotic resolve to defend its homeland rather than the colonialist doctrine to seize new territories.  Nearly 40 years ago, the Chinese leader Deng Xiaoping declared from this podium that the country would never seek hegemony in the world.  “Today, his statement remains our unchanging commitment and conviction,” he said.

As China grew in economic output and changed its growth model, it had entered a phase of high-to-medium growth, he noted.  Its future growth would deliver four major dividends, namely:  by industrialization resulting in new information technology applications and new types of urbanization and agricultural modernization; by reform and innovation; by structural readjustment; and by further opening up.  In the coming five years, China’s imports of commodities would exceed $10 trillion, its overseas investment would reach $500 billion, and Chinese tourists would make more than 400 million outbound visits.  Those would give stronger impetus to the world economy and bring more tangible benefits to other countries.

China would play a more proactive and constructive role in addressing global and regional hotspot issues, he said.  It would increase participation in the United Nations peacekeeping operations to contribute more to peace and security in Africa and other regions.  It called for an immediate end to hostilities and violence in Syria and hoped to see an early adoption of a Security Council resolution supporting the Organization for the Prohibition of Chemical Weapons in launching the verification and destruction of such arsenal.  China sought no self-gains in Syria and did not take sides.  On the Iranian nuclear issue, China had been working to promote a peaceful settlement through dialogue.  A negotiated solution through dialogue was the right way to solve the nuclear issue on the Korean peninsula, and the Six-Party negotiation was an effective platform to that end.