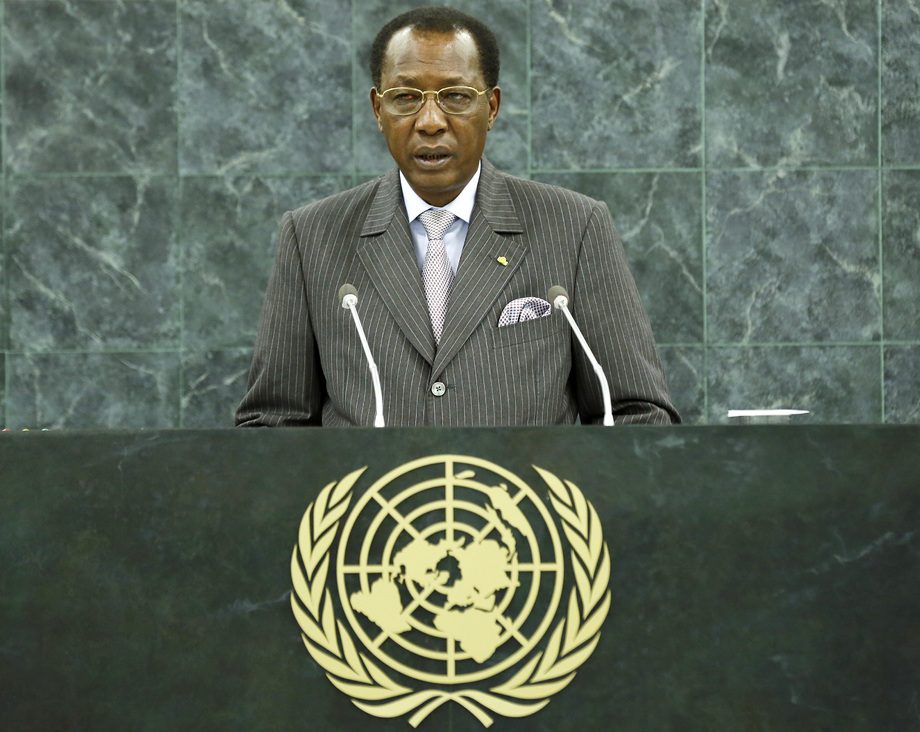 IDRISS DEBY ITNO, President of Chad, said the theme of the general debate was at the heart of his country’s concerns. The 2015 deadline year for attainment of the Millennium Development Goals was quickly approaching, but quite a number of countries were lagging behind due to lack of funding, development assistance or debt relief. They would have difficulty in meeting the development targets on time. In the light of shortcomings in the design and implementation of the Millennium Goals, African countries planned to contribute to the development of a post 2015-agenda that could meet the continent’s expectations, he said, calling on the international community to support their efforts. Turning to international security, he said new hotbeds of tension and conflict had appeared everywhere in Africa. Terrorist attacks like the recent one in Kenya added extra challenges. Chad wished to make its modest contribution to maintaining peace, security and stability in Africa and elsewhere whenever necessary, he said. Urging support for Chad’s candidacy to join the Security Council in 2014-2015, he expressed concern over various conflicts in African countries, including Mali, Central African Republic, Sudan and the Democratic Republic of the Congo, while noting that Chad had provided troops to several United Nations peacekeeping operations and sheltered refugees from Sudan. On the Central African Republic, he said African countries were providing help through regional organizations, citing the deployment of the International Support Mission to Central Africa. He called on the Security Council to adopt a resolution on the provision of logistical and financial support to the Mission. There could be no military solutions to conflicts around the continent, he said, emphasizing the need to promote development and fight against poverty, marginalization, youth unemployment and other social problems. Speaking of conflicts outside Africa, he encouraged the United Nations and the United States to make greater efforts to facilitate peace talks between Israel and Palestine, with the aim of reaching agreement on peaceful coexistence between two sovereign States. On Syria, he said the international community must use all means to stop the unfolding tragedy there. While welcoming the agreement reached between the United States and the Russian Federation on the destruction of Syria’s chemical weapons, he stressed that those responsible for serious crimes must be brought before an international tribunal. He also called for the lifting of the decades-old embargo against Cuba, so as to enable that country to resume its rightful place in the international community.