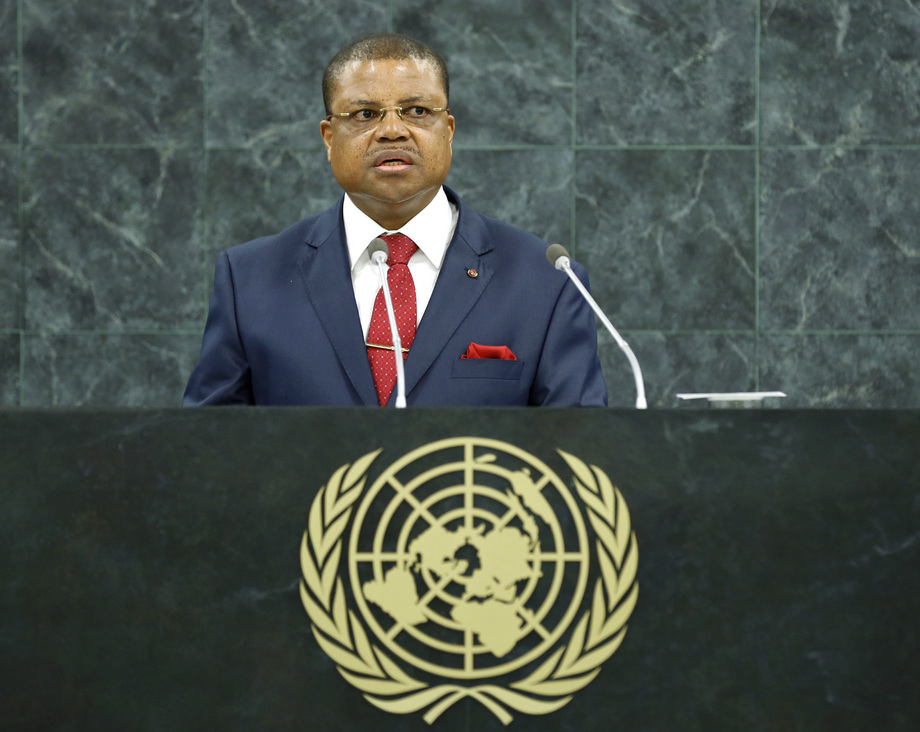 NICOLAS Tiangaye, Prime Minister and Chief of Government of the National Transitional Government of the Central African Republic, said that his country could not focus on the achievement of the Millennium Development Goals because of the crisis it was experiencing. He stated that it was his painful duty to take the floor as the Head of Government to share the human tragedy being experienced by the Central African people, even though their suffering seemed to have been forgotten by the international community. In a half century of independence, the Central African Republic had gone through recurrent crises which had created constant instability and had made the State fragile and vulnerable to many threats, such as tribalism, nepotism and exclusion policies. A new challenge had surfaced along with the old ones, he said, which was inter-ethnic and interreligious tensions. This, in turn, had led to the circulation of a large number of weapons and to gross violations of human rights, such as massacres of civilians, summary executions and mass rapes and pillages, among others. The need to restore security throughout the territory, particularly for the most vulnerable, was greater than ever. This return to security, peace and constitutional order and cohesion needed to be seen in all sectors of political and social life in the country. In accordance with the political agreements made at the beginning of the year, he said the Central African Republic had established a Government of Transitional National Unity, a Council of National Transition and a Constitution Transitional Charter, among others. The leaders of the country had also embarked on establishing different sets of measures against the Séléka coalition and worked to disband the Convention of Patriots for Justice and Peace, through demobilization, reintegration and regular trials. Still, he called the humanitarian situation “utterly catastrophic”. Food insecurity affected 10.5 per cent of the population, 3,500 children had been recruited by armed groups and 60,000 children were at risk of dying of malnutrition. As for the new stabilization mission in the Central African Republic, he thanked troop-contributing countries, including Cameroon, Gabon, Republic of the Congo, Democratic Republic of the Congo and Chad, as well as Burundi, which was soon set to send a battalion. The Central African Republic was “crumbling”, he said, but he, nevertheless, appreciated the strong signs of solidarity. That multinational force needed a robust mandate from the Security Council in order to match the crisis, but the international community needed to provide logistical support. Across the country, there was an “avalanche of problems”; the rainy reason was starting, and arms were proliferating throughout the country. He said that security was the keystone to transition, and financial, technical, material and humanitarian assistance was needed. He beseeched the international institutions to provide expertise in a coordinated manner, because a failure to conduct his country’s transition would mean a collapsed State and the heart of Africa would be disrupted.