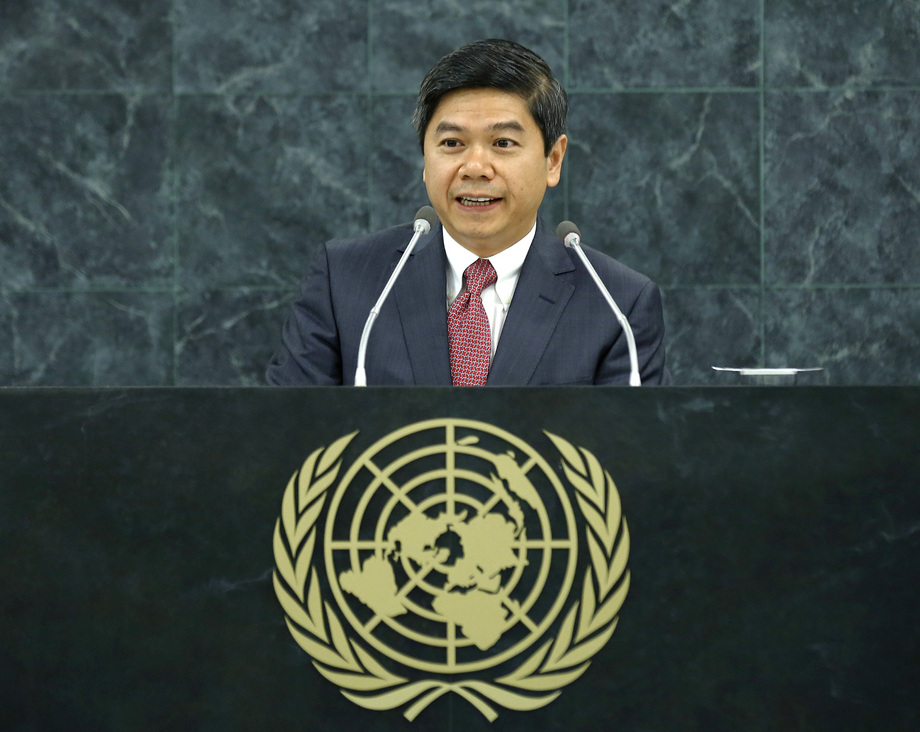 SEA KOSAL, (Cambodia), described his country’s successes in meeting the Millennium Development Goals, particularly poverty reduction, reduction of HIV/AIDS and malaria. The ambitious post-2015 development agenda should balance all three pillars of sustainable development, see through the aims of the Millennium Development Goals, emphasise inclusive, equitable economic growth and contain a regional element. He welcomed progress toward the Association of Southeast Asian Nations (ASEAN) Economic Community, also praising the positive outcomes of the First Meeting of the Regional Comprehensive Economic Partnership Trade Negotiating Committee in Bandar Seri Begawan in May 2013. Cambodia had developed a strategic plan on green development 2013-2030 to balance development and conservation, he said, pointing to the growing threat of climate change to humanity and efforts to eradicate poverty. He looked forward to the Warsaw Climate Change Conference, hoping for ratification of a second commitment period of the Kyoto Protocol and progress on climate financing. He stressed his commitment to the ASEAN Climate Change Initiative and the ASEAN Action Plan on Joint Response to Climate Change. He welcomed the signing of the Arms Trade Treaty and underscored the importance of preserving the Southeast Asian Nuclear-Weapon Free Zone and encouraged accession to the Treaty. Landmines and other explosive remnants of war continued to pose a danger and the ASAEAN Regional Mine Action Centre would seek to deal with that. Cambodia was committed to address the threat of mines to human security. Efforts to clear mines and unexploded ordnance had helped to reduce explosion accidents from over 300 cases in 2008 to 186 in 2012. At the Eleventh Meeting of States Parties of the Ottawa Treaty in 2011, Cambodia underlined its commitment to ridding the world of landmines and unexploded ordnance and had committed peacekeepers to mine clearance in several African and Middle Eastern countries. He welcomed positive developments between the Republic of Korea and the Democratic People’s Republic of Korea and hoped to see tensions defused and trust built, as well as resumption of the Six-Party Talks. He encouraged the Democratic People’s Republic of Korea to comply fully with its obligations to all relevant Security Council resolutions and to cease its nuclear programme.