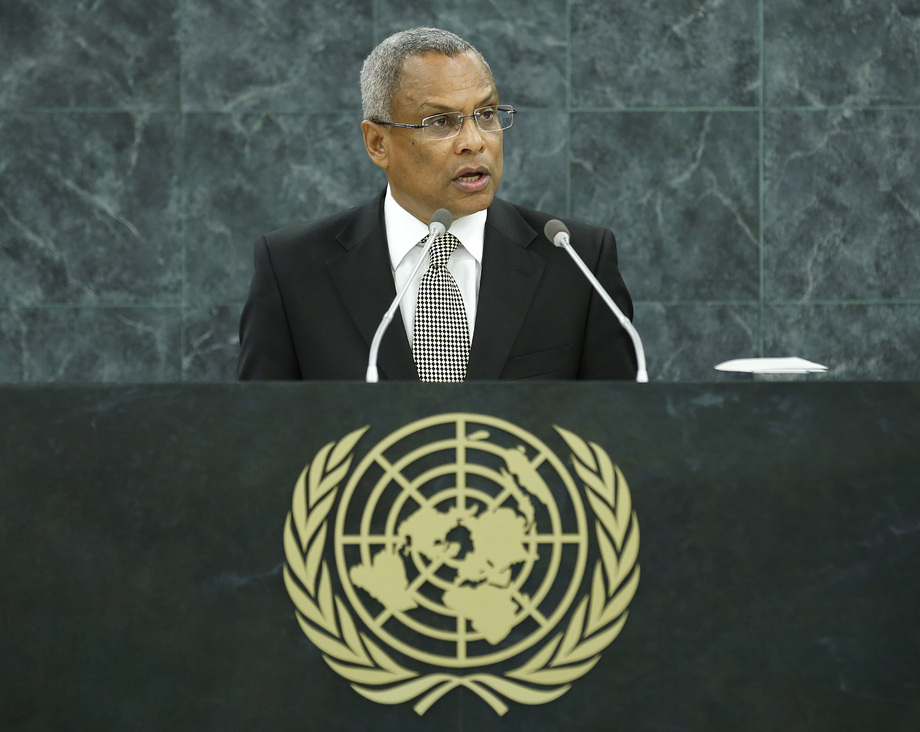 JOSÉ MARIA PEREIRA NEVES, Prime Minister of Cape Verde, stated that despite his country being a small island developing State, it had already achieved most of the targets in the Millennium Development Goals. Through a transformative agenda, adopted in 2001 when the country had still been part of the least developed countries group, Cape Verde had made significant progress in the socio-economic and political arenas. By focusing on access to education, health, water and food, the right conditions had allowed Cape Verde to transition to the group of middle-income countries. Further, he noted that the poverty rate had decreased from 20.5 per cent in 2002 to 12 per cent in 2012.

However, despite progress made, he said, there remained challenges. Most notably those included existing poverty, inequality, unemployment and insufficient access to goods and services. “Cape Verdeans are ready to push for the evolution of the postulates of the Millennium Development Goals and replace ‘reducing’ with ‘eradicating’ extreme poverty, leaving no one behind,” he said. Recognizing that transformation was needed, he spoke of the creation of accountable institutions to ensure good governance. He added that focusing on internal policy was not enough, as support by international partners was also needed.

Turning to climate change, he identified it as a matter that needed to be addressed with urgency and responsibility. Indeed, the world had reached record highs in terms of emissions and concentrations of carbon dioxide in the atmosphere, which could mean the destruction of Cape Verde’s development efforts and the exacerbation of social tensions, opening doors to potential national and regional conflicts. Similarly, the impacts on global food security should be stressed, he said. Moreover, ocean acidification increased and the disappearance of numerous marine species had become inevitable. He therefore asked the Assembly to address the issue, taking the necessary decisions and fulfilling the financial commitments for change, particularly in the most vulnerable countries.

Concerning the post-2015 development agenda, he said that the issue of employment dominated the concerns of his country. Another concern was the sustainability of social security and the need for a universal welfare system, which could be possible only through a dynamic economy. Solid, sustainable foundations for social support required an expansion in wealth, possibly through the modernization of the society, a competitive economy, improving business investments and attracting foreign investment. The greater results would be economic growth and the creation of wealth to induce improvement of indicators that mattered.

As a country with Portuguese as the official language, he took the occasion to reaffirm the country’s desire and commitment to cultural diversity. In the eagerness for multiculturalism, he pleaded that Portuguese — the fifth most spoken language in the world — be an official or working language for international organizations, particularly the United Nations. On Syria, he strongly condemned the use of chemical weapons and also expressed his country’s solidarity with Kenya following the recent terrorist attack. He concluded by reaffirming his country’s commitment to cooperation in creating a new agenda after 2015 in favour of sustainable development.