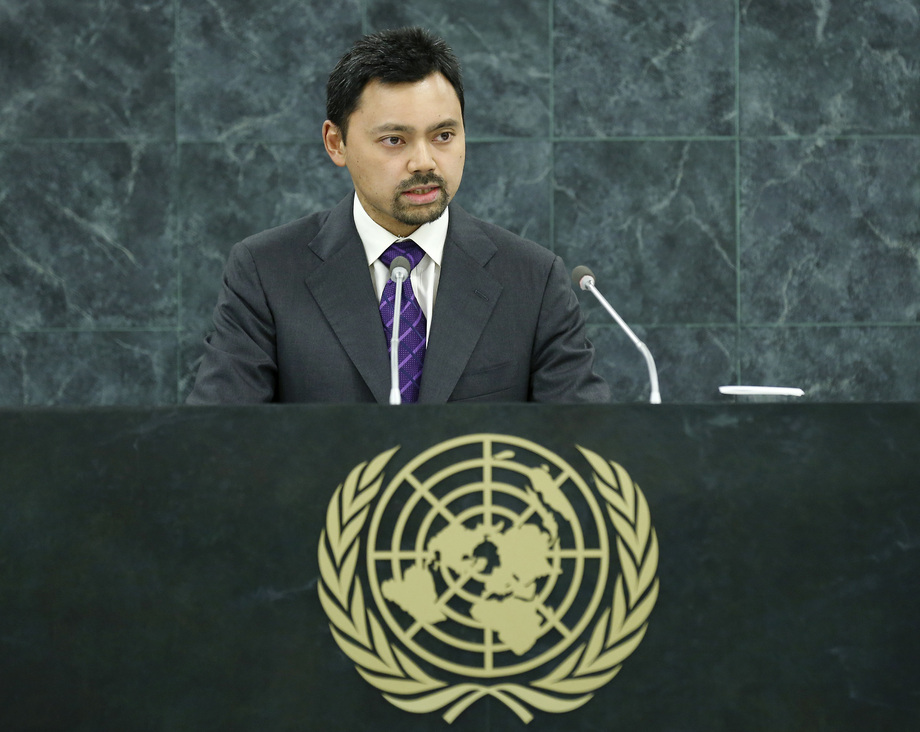 HAJI AL-MUHTADEE BILLAH, Crown Prince of Brunei Darussalam, stressed that the current Assembly session theme required a national vision; his nation’s was the “Brunei Vision 2035”. That strategy provided the direction for attaining a dynamic and sustainable economy, with an emphasis on helping the younger generation realize their hopes through quality education, innovation and better job opportunities. Brunei Darussalam also assisted other developing countries — bilaterally or in partnership with other countries and international organizations — in developing human resources, offering scholarships to study in Brunei Darussalam, as well as providing training under community outreach programmes within the region. Noting that Brunei Darussalam held this year’s chairmanship of the Association of Southeast Asian Nations (ASEAN), he said that the country had chosen the theme “Our People, Our Future Together” towards achieving a regional community by 2015. Brunei Darussalam had also encouraged the bloc’s member States to start working on a post-2015 ASEAN plan to strengthen efforts for peace, stability and prosperity. They would also work together to strategically position ASEAN in the wider region and the world at large, he noted, also underscoring the importance of greater cooperation between the United Nations and ASEAN. Turning to the Millennium Development Goals, he said that the targets had opened up opportunities to every State to develop in its own way and involve its people in that process, even beyond 2015. Unfortunately, the options had been limited for some peoples. That was particularly so when their basic right of self-determination was denied, he said, voicing support for the Palestinians’ right to an independent and sovereign State. On Syria, he welcomed the United States-Russian Federation framework to eliminate its chemical weapons arsenal and the resolution just adopted by the Security Council.