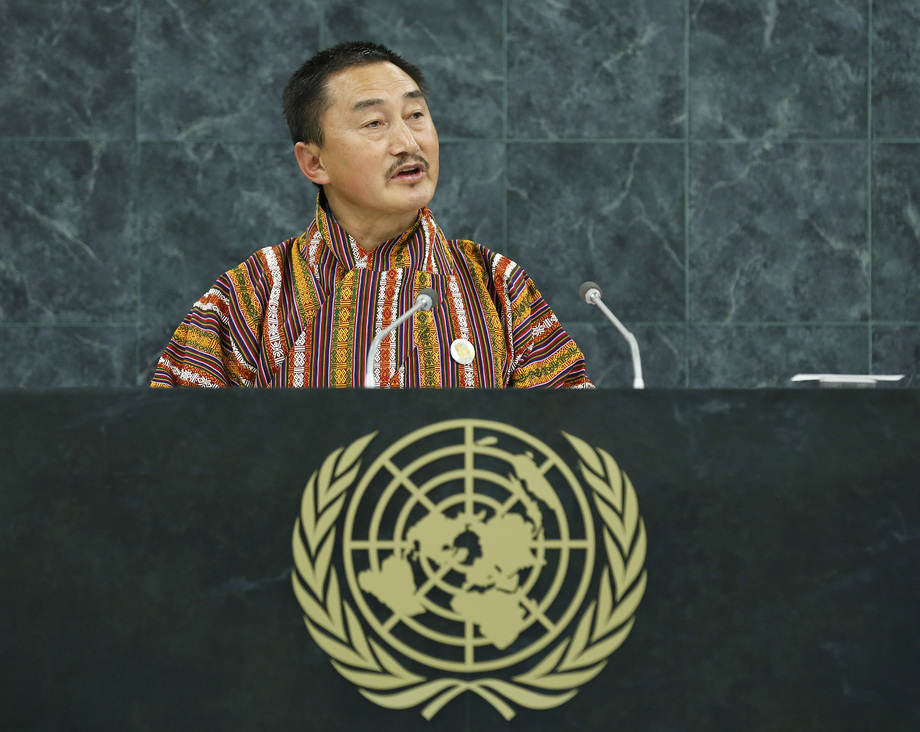 LYONPO RINZIN DORJE, Minister for Foreign Affairs of Bhutan , said it was a time of extraordinary challenges: while some had been able to achieve tremendous economic growth and prosperity, millions continued to languish in inhuman depths of poverty. The international community’s drive for economic growth had come at the cost of the environment; with climate change and natural disasters striking with increasing frequency and severity. The stage was set to craft a post-2015 development agenda, for which the Millennium Declaration provided a strong foundation, and the international community should emphasize its relevance. The Rio+20 outcome also outlined important principles, on which the follow-on agenda should be built. “Those principles must guide our efforts to come up with a holistic and transformative development agenda that puts people at the centre of development and brings about shared prosperity and happiness to all,” he said.

Within that broader vision, he said, poverty eradication must be the central theme, and for Bhutan, poverty alleviation remained a challenge and key priority in the country’s eleventh five-year development plan. Women’s empowerment should be another main building block of the post-2015 development agenda because, without that as a key component, the agenda would fall short. While Bhutan’s economic progress had been significant, the country faced many challenges and vulnerabilities, being both a landlocked and least developed country. Its economy remained import-driven and dependent on a single export commodity. Poverty, youth unemployment, natural disasters and vulnerability to adverse impacts of climate change, including glacial lake outburst floods, posed challenges, and his country would consequently continue to count on external assistance as it worked towards achieving its long cherished goal of self-reliance and graduation from the least developed country category.

He said the United Nations, with its global scope and mandate, remained the only universal organization able to forge a global coordinated response to the pressing challenges, ranging from peace and security to development. To that end, he called for every effort to be made to strengthen its role and efficacy in a way that was just, democratic and representative, and allowed space for its members, including the smallest ones, to participate fully in its work. “This is key to the legitimacy of an effective multilateral system,” he concluded.