Skip to main content
Welcome to the United Nations
Language:
× 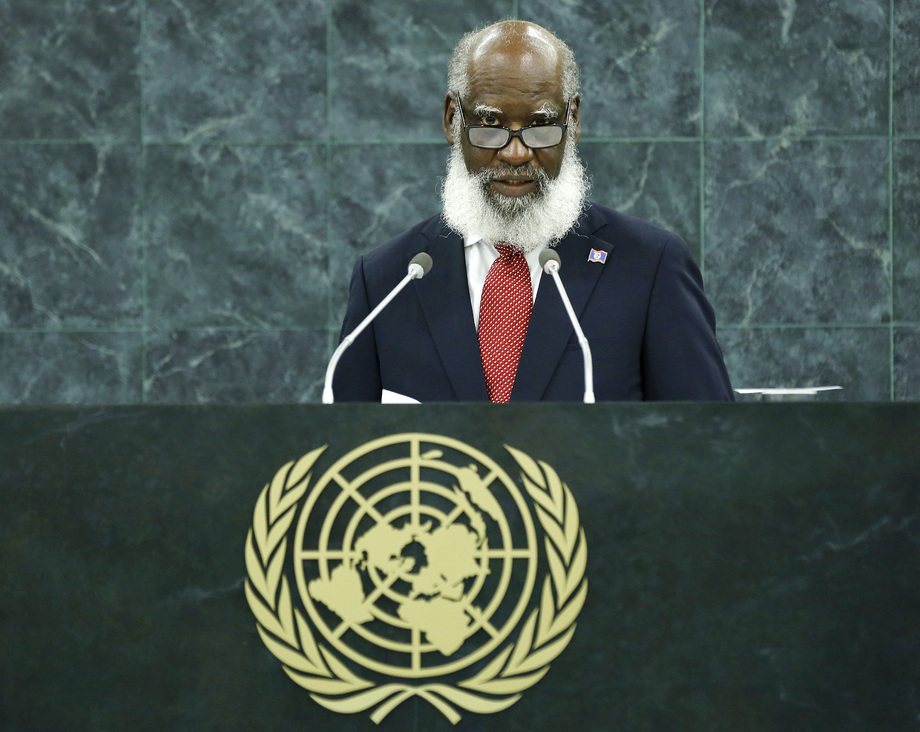 WILFRED P. ELRINGTON, Minister for Foreign Affairs of Belize, referred to Guatemala’s territorial claim against his country, reminding the Assembly of his 2012 address in which he stated that the two countries had agreed to submit to their respective citizens the question whether the claim should be submitted to the International Court of Justice for final resolution. However, Guatemala had decided in April 2013 not to proceed with the referendum and to postpone it sine die. Guatemala’s claim had been a constant source of anxiety to citizens and investors in Belize, whose maritime border regions had been suffering environmental degradation resulting from the illegal activities of Guatemalans engaged in drug and human trafficking, smuggling, illegal panning for gold and other illegal activities.

He went on to state that increasing trespassing had led to more frequent violent encounters between Guatemalans and members of the Belize Defence Force, resulting in fatalities that had put a heavy strain on relations between the two countries. Belize was committed to protecting its citizens and territorial integrity, he said, calling also for international input to help develop income-generating enterprises to alleviate the poverty which impelled Guatemalans to trespass on the territory of Belize. He thanked the Organization of American States (OAS) and the Group of Friends who had supported Belize and Guatemala in resolving the claim by peaceful means and, in the interim, ensuring that peace prevailed between the two neighbours.

Describing climate change as an existential threat, he called upon the international community to provide the necessary technical and financial assistance to help poor countries adapt to and mitigate its deleterious effects. Technical assistance for training to secure the citizenry and provide education would also be welcome. He also underlined the threat posed by non-communicable diseases and disabilities in the Caribbean, saying they were having a negative impact on countries in the region. The incidence of cancers, diabetes, HIV/AIDS, chronic lung diseases, hypertension and stroke were reaching epidemic proportions, he added. He called on the United Nations to assist in persuading international financial organizations that GDP per capita was not an accurate measure of national wealth, and that such a method of assessment would disqualify some country from needed concessionary financing. He also urged the full participation of the Republic of China ( Taiwan) in the United Nations and called for the lifting of the embargo on Cuba.