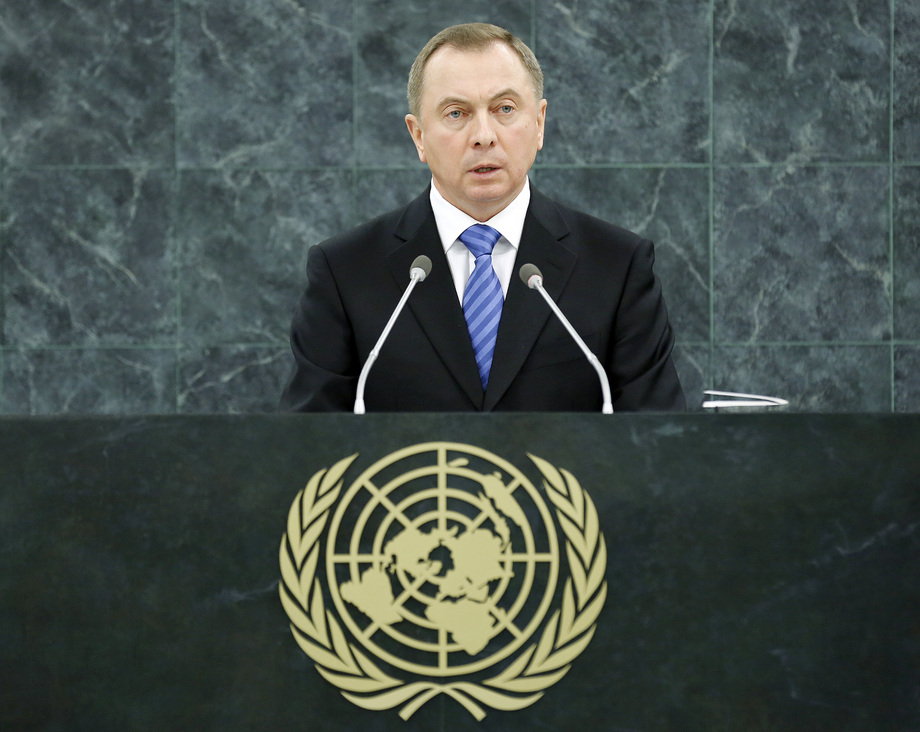 VLADIMIR MAKEI, Minister for Foreign Affairs of Belarus, said that great Powers sought to provide global governance through the “clubs” confined in membership only to themselves, while medium-sized and small countries saw their rights infringed at every turn. “We should start, in our view, with empowering the State,” he said. The globalization of the past several decades, especially its unregulated phase, had clearly worked to reduce the State’s importance, whereas addressing constantly arising challenges sparked by globalization required a strong State. “A strong State is an accountable State, both in domestic and foreign policy, regardless of its form,” he said, emphasizing that the political affairs of one country could not serve as the basis for other countries to pursue illegitimate policies of sanctions and coercion. Stressing the importance of building a robust middle class in every State, he recalled how history had proved that countries with a middle class enjoyed domestic stability and had an interest in pursuing foreign policies oriented towards stability. “We are convinced that the middle class produces a benign effect at the national level,” he said. Moreover, middle-income countries were the best safeguard of a stable, multilateral and fair international system. Many of those had just lifted themselves from the grip of poverty and domestic instability, and had fully realized the importance of global development and solidarity with least developed countries. The unfettered globalization that “market fundamentalists” so ardently advocated increased inequality and hollowed out the middle class, he noted. With the rapid approach of the Millennium Goals deadline, it was important to draw key lessons in tackling poverty, conflicts and environmental disasters. The post-2015 sustainable development agenda must address what the Millennium Goals had not — migration, energy and employment. Each and every Goal must be realized through appropriate thematic global partnerships bringing together States, international organizations, civil society and the private sector. The greatest danger during geostrategic uncertainty was not uncertainty itself, but rather the urge to apply yesterday’s logic in complex situations, he said.