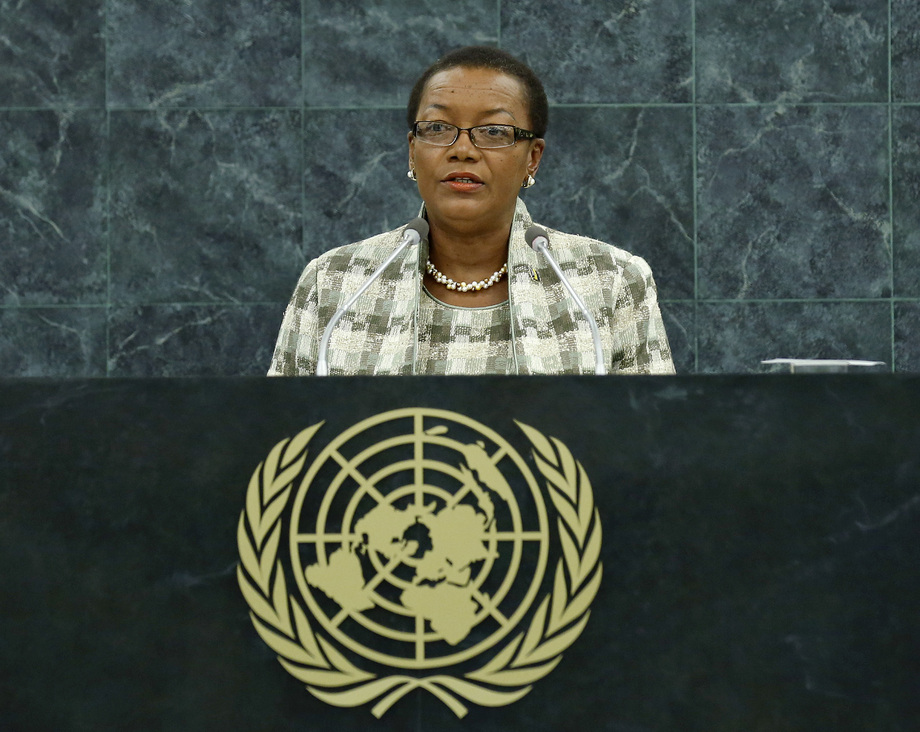 MAXINE PAMELA OMETA MCCLEAN, Minister for Foreign Affairs and Foreign Trade of Barbados, said debt sustainability was a critical issue not only for Barbados, but for many of the small island developing States, as it was a major constraint to those countries in achieving sustainable development. Another issue of concern to Barbados was the international financial services sector, as it was believed that the sustainability of the country’s development was being stymied by attempts to undermine this very important sector.

Calling for international support for island States, she said the post-2015 Development Agenda should involve a wide range of commitments, including: the eradication of poverty and hunger; environmental sustainability; the development of renewable energy technologies; the pursuit of a sustainable agriculture agenda, in tandem with food and nutrition security; gender equality and women's empowerment; and youth development, education and employment. In addition, emphasis should be put on the inclusion of vulnerable groups, the requisite means of implementation, and the integration of appropriate systems for accountability, monitoring, evaluation and reporting, as well as good governance, respect for human rights, and the rule of the law. “This is not a mere shopping list,” she emphasized, as all those issues were inextricably linked and must be tackled simultaneously.

Stressing the inextricable link between development and international peace and security, she expressed concern over the number of national, regional and international conflicts raging around the world, particularly the Syrian crisis. In Barbados and the Caribbean region in general, illicit small arms and light weapons were “the weapons of mass destruction”, she went on to say, expressing hope that implementation of the Arms Trade Treaty would lead to a reduction in the flow of illicit small arms and light weapons, thus contributing to the reduction in armed conflict and violence. Barbados was also concerned about the economic embargo on Cuba, as well as its extraterritorial impact on countries in and outside the Caribbean region, and called for ending the embargo soon.