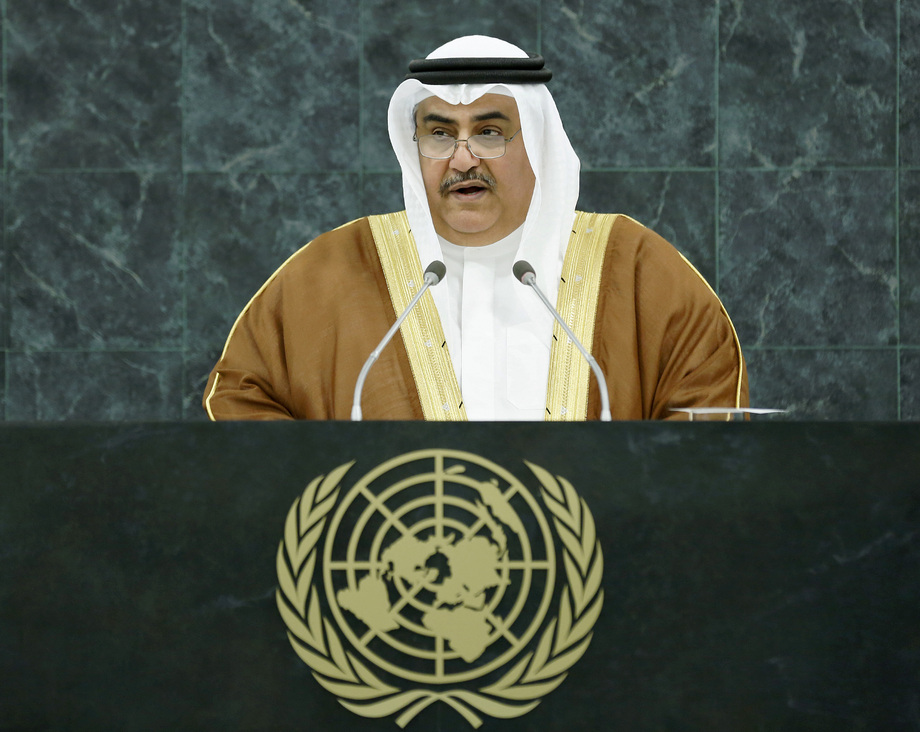 KHALID BIN AHMED BIN MOHAMMED AL KHALIFA, Minister for Foreign Affairs of Bahrain, paid respect to the victims of the recent earthquake in Pakistan and the terrorist attack in Kenya, before pointing out the link between peace and development. He said that Bahrain was located in a region of vital strategic importance going through a prosperous epoch. Countries were striving to build societies based on progress and development in line with their unique political, economic, social and cultural dimensions. In that respect, he reaffirmed his country’s keen interest in following a pattern of orderly advancements through the use of information and communication technologies, on issues pertaining to security, social development, the environment and natural resources. He supported reaching a swift solution to the Iranian nuclear programme issue in accordance with the provisions of the Treaty on the Non-Proliferation of the Nuclear Weapons. At the same time, it was important to guarantee the right of all States to enjoy the fruits of nuclear technology for peaceful purposes, he added. He rejected terrorism, extremism and violence in all its forms, emphasizing the need to inscribe organizations such as Hizbullah on the international list of terrorist organizations. International and regional cooperation was needed to ensure the freedom of maritime navigation in the Arabian Gulf and protect commercial vessels from piracy off the coast of Somalia, in the Horn of Africa and the Gulf of Aden, he said. Further, he emphasized the need to put an end to Iranian intervention in the internal affairs of regional States and its occupation of the three Emirates’ islands of Greater Tunb, Lesser Tunb and Abu Musa. Turning to Palestine, he said “Arabs, Muslims, Christians and Jews lived for centuries side by side” and made their common history in a framework of coexistence and tolerance. He supported the creation, within the 1967 borders, of an independent Palestinian State with East Jerusalem as its capital. Oppression of Palestinians must end and the blockade must be lifted. He said that through a long history of open dialogue with its own people, Bahrain had immunized itself against sectarian tensions and conflicts, notwithstanding the acts of violence perpetrated on it by some extremist and terrorist groups targeting security officers, residents and expatriates. On Syria, he welcomed diplomatic efforts to destroy the Syrian chemical weapons arsenal and said that the international community must shoulder its responsibility to halt serious violations of human rights and put an end to the genocide.