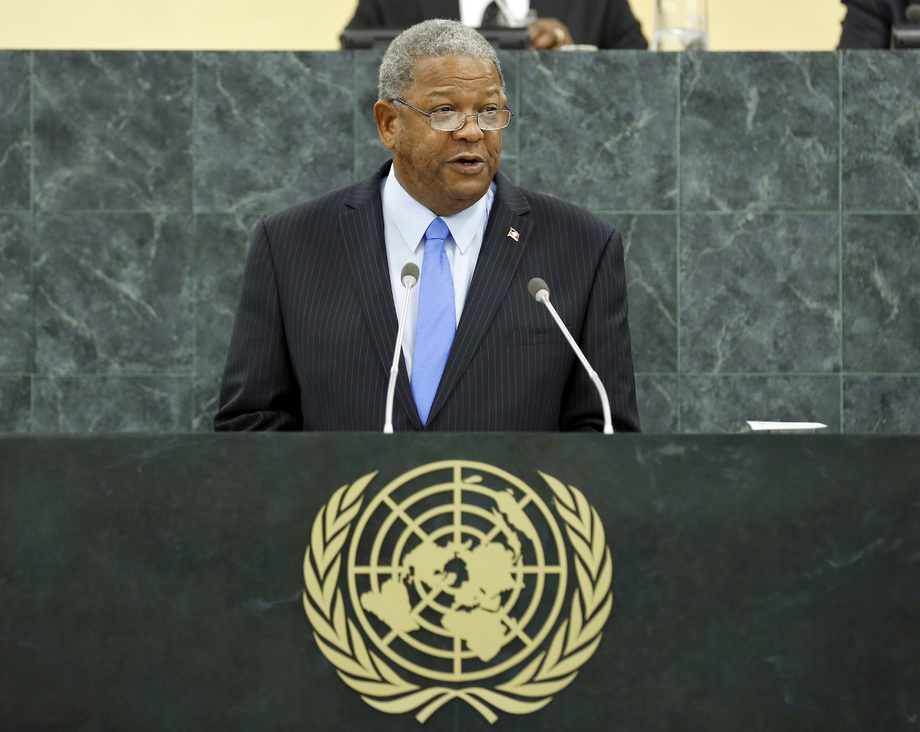 WINSTON BALDWIN SPENCER, Prime Minister of Antigua and Barbuda, congratulated his fellow countryman on his election to General Assembly President. He went on to say that 13 years after the Millennium Development Goals were implemented, something was “appallingly wrong”. Deliberations ahead of 2015 presented an opportunity to redirect previous notions of prosperity and development. He welcomed the designation of 2014 as the International Year of Small Island Developing States and hoped that the occasion would reinvigorate that agenda. Also key to strengthening integration and development were partnerships with various regional bodies such as Organization of Eastern Caribbean States, Bolivarian Alliance for the Americas, and the Community of Latin American and Caribbean States.

Small island developing States, while contributing the least to the causes of climate change, suffered the most from its effects, he said, emphasizing that developed countries must shoulder their moral, ethical, and historical responsibilities for emitting the levels of anthropogenic greenhouse gases into the atmosphere. In addition, vulnerable developing countries were victims to the globalization of crime and needed greater support in addressing its escalation. He stressed the importance of early entry into force of the Arms Trade Treaty, and, touching on other areas of importance, said the rise of non-communicable diseases posed a serious threat to development on his island, adding, “our health-care system, economy and population are burned.”

He drew attention to a decade-long trade dispute with the United States, which had the potential to damage the credibility of the dispute settlement system of the World Trade Organization. Although his Government had won the case at both the original and appellate levels, the end was not in sight, he said, calling it a case that “pits the world’s largest economy against one of the world’s smallest”. Reiterating support for Cuba, he condemned the discriminatory policies and practices aimed at serving “no other end but to daunt” the socioeconomic development and well-being of Cubans. He also condemned the recent terrorist attack in Kenya and expressed concern over the inclusion of Cuba by the United States on the list of States that sponsored terrorism.

On honouring the victims of slavery and the trans-Atlantic slave trade, he welcomed the launch of the permanent memorial design and called reparations an integral element of development strategies. Such funds must be directed towards repairing the damage inflicted by slavery and racism. Calling the unrest in the Middle East, and particularly in Syria, heartbreaking, he said leaders must protect civilians at all costs and move quickly to devise diplomatic solutions. The threat of war should be an absolute last resort.