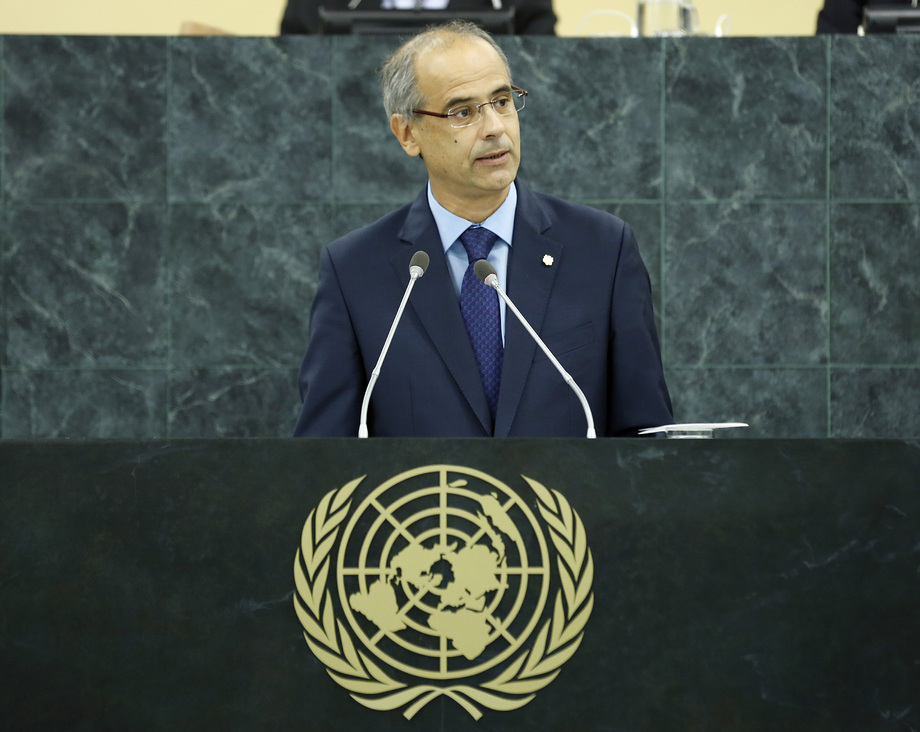 ANTONI MARTÍ PETIT, Head of Government of Andorra, recalled his country’s admission to the United Nations 20 years ago, following more than seven centuries of peace there. “Andorra was formally recognized as what had been a reality for over 700 years — a sovereign, democratic country without an army, which has kept itself neutral in the heart of the Pyrenees,” he said. The landlocked country remained committed to the Organization’s principles and values. Turning to the world body’s emphasis on development in recent years, particularly the Millennium Development Goals, he said all reports indicated that their 2015 deadline would arrive with most of the objectives still unmet. Little progress had been made on environmental sustainability and protection over the last 13 years, and child mortality continued to increase in the poorest countries and regions. Universal primary education by 2015 was “totally unviable”, and there had been insufficient advances in preventing and treating AIDS in the poorer countries. However, it would not be fair to emphasize only what had not been done, he said. Among other achievements, the number of people living in extreme poverty had been halved and the proportion of the world population with access to safe drinking water had risen from 76 per cent in 1990 to 89 per cent in 2010. Unfortunately, there was an impression that Heads of State and Government met in a first-world city, full of good words and good intentions, but totally inefficient in solving problems that threatened the lives and dignity of millions of people all over the globe. Those people needed to know that those proclaiming the spread of democracy and the rule of law were the same people who had been making great efforts to reduce poverty, hunger and child mortality, and to promote gender equality and universal education. Turning to the conflict in Syria, he said the strong reaction by the United States and France, alongside the pragmatic attitude of the Russian Federation, had generated the momentum needed to advance in the search for the right balance. The resumption of negotiations between Palestinians and Israelis could be included in the dynamics of the same search. “In every conflict we are unable to solve, we are placing the principles and values that are most appreciated by the international community at risk — peace, security, dialogue, human rights and democracy,” he said. Andorra would probably not have enjoyed more than 700 years of peace had there been great inequalities among its inhabitants, had its laws not been fair, or had tyranny reigned instead of a parliamentary system. “There could not be peace without justice in Andorra or anywhere else,” he declared, reminding previous speakers of their obligation to guarantee peace and fairness, democracy and development, human rights and peaceful conflict resolution.