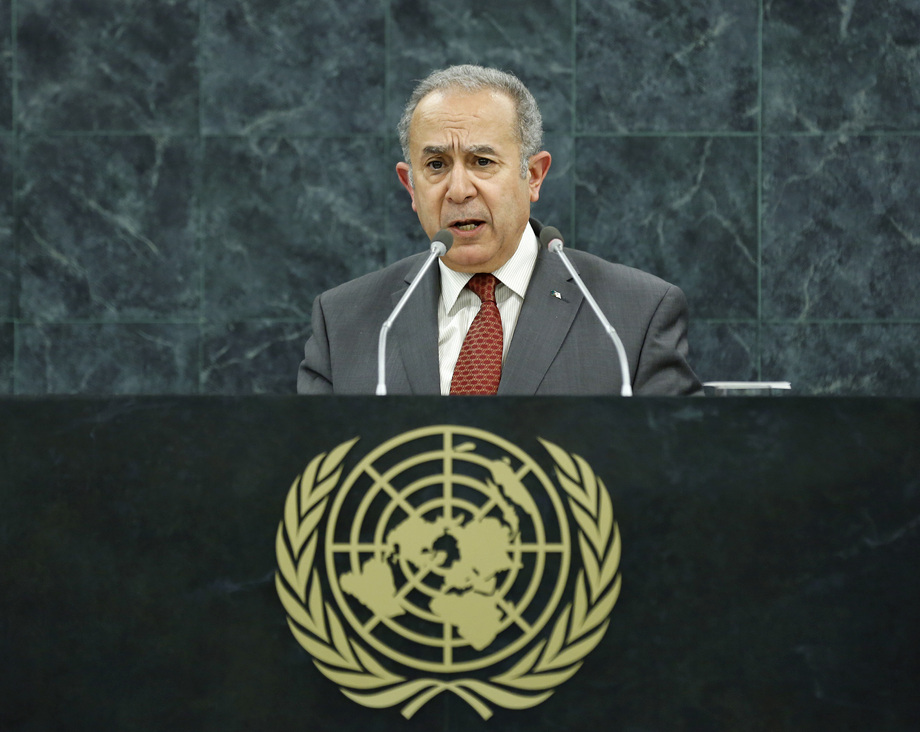 RAMTANE LAMAMRA, Minister for Foreign Affairs of Algeria, said that overcoming poverty was a long-standing endeavour. It required appropriate public policies, coupled with effective international cooperation and the consistent productive flows of investment, along with a greater complimentarity between the United Nations and the Bretton Woods institutions in the context of the “peace, security, and development triad”. A global approach must reflect the disparity among countries and regions, good governance, the fight against corruption and the preservation of the environment. With this year’s debate topic, it was a question of reaching a global, ambitious agreement for the promotion of sustainable development goals that contained concrete agreements, on the principle of differentiated but shared responsibilities.

Algeria would achieve most of the Millennium Development Goals by 2015, he said. His country was also projecting its own development within the coherence of the “Great United Maghreb”, a project initiated by the country’s President, aimed at making all Algerian men and women free from fear and need. Algeria was participating in the shared destiny of the African peoples, and was gratified at Africa’s steady progress towards conflict prevention and settlement. He also welcomed the achievement of good governance, human rights and pluralist democracy on the continent. This was particularly welcome in the north of Mali which had been liberated from the hold of terrorist and criminal groups, and constitutional order in the country had been restored with the clear success of the presidential election.

Algeria was the target of international terrorism, and was making an effective contribution to joint efforts to promote collective security in the Sahel and Saharan region in that regard, he said. Algeria was harmoniously blending its voice and initiatives to those of the African Union, and was resolutely committed to the right of peoples to self determination. In that light, Algeria supported the Special Envoy to the Secretary-General, Christopher Ross, in bringing Morocco and the Popular Front for the Liberation of Saguia el-Hamra and Rio de Oro to the table, so that the people of the Western Sahara could freely determine their own future.

His country was also supportive of other Arab peoples who were experiencing difficult transitions across the region, he said. Those peoples were confronting many challenges in political and socioeconomic transformations that were particularly delicate. But military solutions were neither possible nor desirable, because they exacerbated partisan interests and dissent. He rejected the threat and use of weapons of mass destruction, and condemned the use of chemical weapons in the Syrian conflict, regardless of who the perpetrators were and regardless of the circumstances. He welcomed the Russian Federation’s initiative, and the United States’ agreement, and called for the holding of the Geneva II conference and the attainment of a political solution for the parties in Syria. Further, a just settlement of the State of Palestine remained at the heart of any question of achieving regional stabilization, and he hoped the international community would redouble efforts.