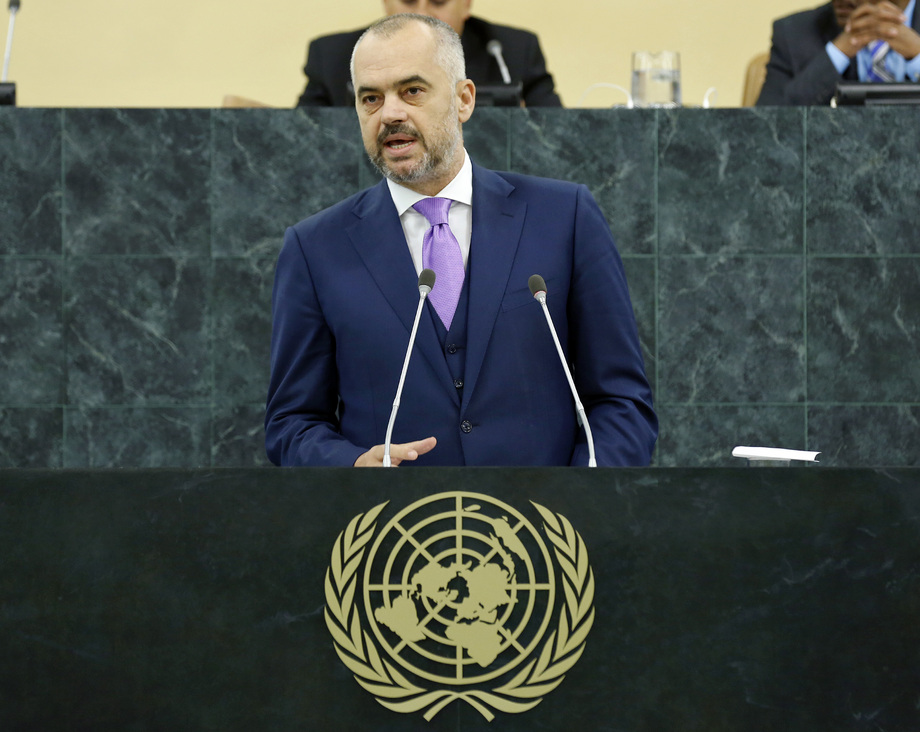 EDI RAMA, Prime Minister of Albania, said that the United Nations, for all the criticism it had drawn, was a living reminder that the march of progress was powered by debate, ideas, cooperation, argument and agreement. A small country with great potential and outstanding natural beauty, Albania had good and hard-working people, he said, adding that his challenge was to bring change that would fulfil the country’s potential, with the understanding and support of friends and partners. A negative media image surrounded Albania, he noted, conceding that problems such as corruption were real and damaging. Beating corruption and building economic rule of law to attract more investment and develop tourism would not be easy, but it could be done, he added.

Underlining the tremendous changes under way in the world, he said the United Nations should respond by undertaking reforms in order to boost its effectiveness. One important aspect of change was reform of aid delivery, he said, applauding the “Delivering as One” initiative as the way towards ensuring greater effectiveness and efficiency, as well as better value for money.

Highlighting his country’s efforts to join the European Union, he said that States in the region should see the bloc as a vehicle for a better and more prosperous common future. Successful regional cooperation had a direct effect on collective prosperity, he said, laying out a vision of the Balkan States working together “in defiance of our history of so much war and conflict”. He welcomed the steps that Kosovo and Serbia had taken towards reconciliation, and expressed Albania’s strong commitment to the former’s “irreversible independence”. Urging all States in the region “to replace the politics of division with the politics of cooperation”, he said the task would require time, perseverance and leadership.

He described the recent use of chemical weapons in Syria as a despicable crime against humanity, and called for the rapid and full implementation of the Security Council resolution on removing and destroying that country’s arsenal.