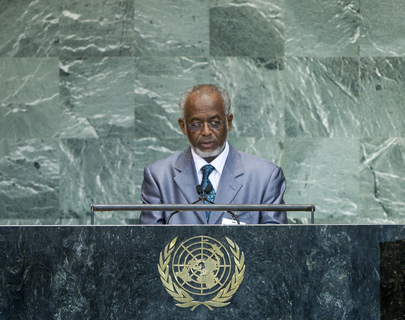 ALI AHMED KARTI, Minister for Foreign Affairs of Sudan, said his country had suffered a long conflict lasting more than six decades.  It had hampered peace, stability and development, and its effects had been felt in the entire region.  Based on Sudan’s commitment to peace, and United Nations instruments for the peaceful settlement of disputes, “difficult, thorny” negotiations had begun, culminating in the Comprehensive Peace Agreement.  The Government of Sudan was committed to implementing that accord in the prescribed time frame, he said, citing the referendum in which the people of South Sudan had decided to secede.  Sudan had immediately recognized the new country and lent it support, but delays in drafting important agreements had led to many tensions between the two States, he said.  The adoption of the African Union Peace and Security Council Road Map of April 2012, as well as Security Council resolution 2046 (2012) had marked the beginning of a new phase of serious negotiations under the African Union High-level Implementation Panel.  Most recently, a meeting, held in Ethiopia between Sudan and South Sudan on 27 September had adopted an important framework agreement for cooperation, he said, adding that none of those efforts would have taken place without Sudan’s demonstrated willingness to cooperate, and its firm commitment to peace, stability and development.  Attempts to distort the country’s image and leadership were, therefore, devoid of any substance.

He went on to say that his country remained determined to tackle the reasons for war and strife, despite unfair sanctions imposed by the United States.  It had more than once demonstrated its commitment to good-neighbourliness, and had brought an end to the longest war on the African continent.  Indeed, the remaining issues were few, and efforts to tackle them were under way.  Despite the lack of agreement on the final status of Abyei, Sudan supported the Abyei Protocol and the Abyei Agreement of June 2012, as well as other relevant accords.  He stressed the important role of the international community, which must fulfil its responsibility to help both parties, as well as all the promises made during the signing of the Comprehensive Peace Agreement by providing funds and support in kind.  Expressing regret that the statement made this week by the representative of South Sudan had expressed that State’s support for those bearing arms in South Kordofan and Blue Nile States, he wondered whether that phrase had been drafted before the signing of this week’s agreement in Addis Ababa.

As for Darfur, he said peace negotiations had led to the signing of an agreement in Doha, Qatar, a document accepted and supported widely by the people of Darfur and the international community.  “We have turned a new page in Darfur”, he said, calling on the international community to protect and secure the peace by countering armed rebel groups that had refused to sign the document.  A donors’ conference for the rebuilding of Darfur would be held in Doha in the coming months, he said, urging Member States to attend.  Turning to reform of the United Nations and its main and subsidiary bodies, he said that issue must take on the importance it deserved.  “Reform will not be genuine unless the General Assembly can take on its full role […] and play it in a balanced, transparent manner.”  The Security Council must also be reformed, as it no longer represented “the modern situation”.  Sudan was concerned about controversial concepts such as humanitarian intervention, responsibility to protect, political and economic sanctions, and other efforts to politicize international justice.  In that regard, it refused and rejected the approach of the International Criminal Court.