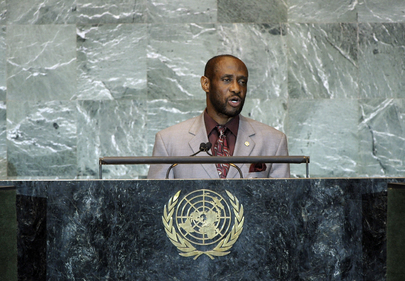 SAM CONDOR, Deputy Prime Minister and Minister for Foreign Affairs of Saint Kitts and Nevis, said youth played a critical and defining role in his country’s future and would define the world of tomorrow. However, youth violence had attained epidemic proportions in the Caribbean, which was invariably symptomatic of deeper individual, community and societal issues. A multisectoral, integrated approach was required in redressing that problem, and CARICOM States were actively grappling with the challenge. There was a need to reinforce the role of relevant United Nations agencies in supporting those efforts to reverse the trend.

He said his country was also working to contribute to combating HIV/AIDS, as well as non-communicable diseases. He recognized the urgent need to make good on pledges resulting from the United Nations High-level Meeting on Non-Communicable Diseases, as that could only augur well for a future in which due recognition must be given to the role of health in overall development. He also highlighted the United Nations Conference on Sustainable Development, to which his country would lend full support to the main objective of securing political commitment.

As a small island developing State, his country felt the bane of climate change on a daily basis, he said. The question was no longer “if” and “how”, but rather “when” and “by how much” the world would be affected by climate change. The international community desperately needed to struggle to upgrade pre-emptive measures to counter the imminent threats and define a strategy to aggressively promote climate financing.

Turning to the situations in other countries, he said the international community must always remember Haiti’s trials and struggles against natural and manmade catastrophic events, unsettling social and political vicissitudes and economic hardships, the effects of which had set Haiti many years behind. Antigua and Barbuda remained locked in an “underdog struggle” to benefit from its success before the World Trade Organization (WTO) Dispute Settlement Body. Cuba also continued to endure much hardship due to 50 years of embargo, and he called for a speedy redress of that matter. In today’s highly integrated and interconnected world, almost all issues demanded full participation by, and cooperation from, international partners. In that light, the participation of Taiwan as an observer in the annual World Health Assembly set a useful precedent for Taiwan’s greater participation in the United Nations system.